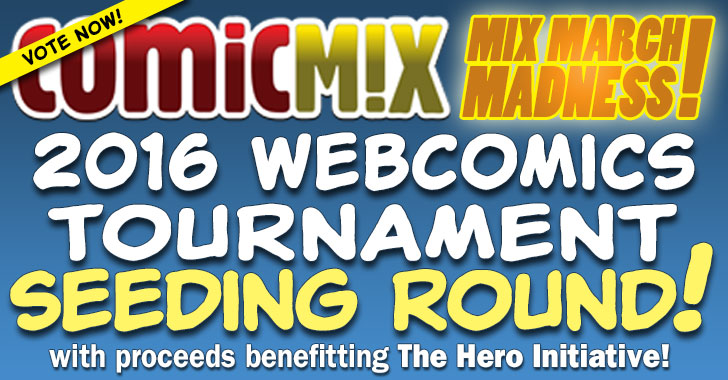 Yes, it’s that time of year again, the time where bracketology reigns supreme and the cry around the nation is “Win or Go Home!” Last year’s Mix March Madness Webcomics Tournament was incredibly popular, and so we’re doing it all over again– and raising money for the Hero Initiative in the process!

We’re giving you a list of over 300 webcomics, and we want your votes . We’re taking the top 128 and putting them in a single elimination tournament where we whittle down the contestants down to one. The top 128 vote getters make it into the tournament, with the biggest getting top seeds. The voting ends Sunday, March 13 at 11:59 PM EDT, and brackets go up on Monday, March 14!

Simply check off the strips you want to see in the tournament below. If there are webcomics you don’t see, check “Other” at the end and include the strip name AND THE URL. We’ll add them to the main list periodically for higher visibility.