Emily S. Whitten: On Being of the Tribe of Geekdom 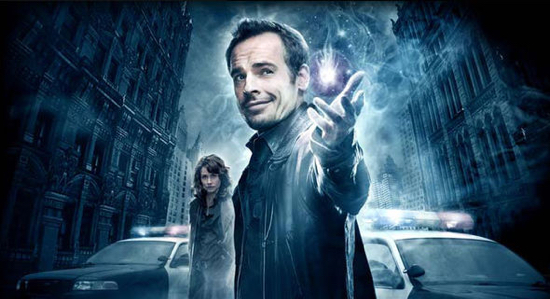 So I’m lying on the physical therapy table today, mostly trying to not concentrate on how painful whatever my therapist is doing is (“But it’s the good pain ­– the good pain!” I assure myself as I grasp the edge of the table) when the therapist next to me and his patient start talking about having just seen the Deadpool movie. Naturally I can’t help but join the conversation.

“So what did you think?” I inquire, and both of them enthusiastically agree that it was great. “Have you read the comics, or did you come to the character through the movie?” I ask. Neither has read the comics, although the patient’s son has. But both agree that they are looking forward to the sequel already; and after some talk about Deadpool, the conversation slides easily and naturally into Netflix’ Jessica Jones and Daredevil, and then hops over to The Dresden Files. The therapist and his daughter have found much to discuss in Jessica Jones; the patient agrees with me that The Dresden Files show was mostly a hot mess, but that was a real shame because Paul Blackthorne was so good and we’re big fans of the books. “It’s like you’re all in the same club,” comments my therapist, around this time.

And so we are. Whether we come to it through reading, the screen versions, other avenues, or what-have-you, it’s clear that we three are, as Anne of Green Gables would say, “kindred spirits” (also referred to mysteriously as “the race that knows Joseph,” and “the Tribe of Joseph”) when it comes to genre entertainment. We vary in age, race, gender, profession, and probably many other demographics, and we’ve only just or recently met; but in discussing these creations, we easily converse like old friends.

I find it interesting, the ability of some people to meet and immediately have a sociable and passionate conversation on these topics; when others either wouldn’t care, or would only want to discuss them because they are the topic du jour and they don’t want to be left out. And I have noticed that amongst these people, there seem to be less misunderstandings; or at least, more easy understandings of what the other person means or how they feel, even if it’s not always conveyed perfectly. I don’t think the ability to find such kindred spirits only applies with genre entertainment fans – in fact, there is certainly a larger pool of kindred spirits in my world than just these sort. And I don’t think that every geek fits this mold – certainly there are misogynists, pedants, and the like present in any field of interest. But I do perceive a vast overlap in the geeks and kindred spirits in my life; and notice that I get along particularly well with people who are passionate about genre works and the creative arts.

It seems to me that it is a very good thing to be of this “Tribe of Geekdom.” I think the people I meet who are kindred spirits in the enjoyment of comics, genre literature, sci-fi and fantasy TV and movies, and the like are simply more. More vibrant, more clever, more adaptable, more understanding, more creative, more passionate, more adventurous, more fearless; more interesting. And it leads me to wonder why that is. Are some people just made that way? Or is it perhaps because they were introduced in childhood to creative works that opened their minds? Or has our mutual love of these creations simply built a foundation of common ground that has brought us to a similar way of thinking before we even meet?

It also leads me to wonder what the world looks like to the “other kind of folks” (as Captain Jim of Anne’s House of Dreams would say). Does my tribe only look like the most interesting one because I’m in it? Whatever do the other folks think of us, talking enthusiastically about lightsabers, musing on what it would really be like to fight with superpowers, dreaming about living amongst Ray Bradbury’s Martians, or discussing how the rules of magic would function as laid out in our favorite book. And do they, in fact, think that they are the ones in the most interesting tribe? Do they feel like “more” to each other?

Which leads me to also wonder, are there really “two kinds of people”? Or is it simply our view from the “darkness behind the eyes, where the little voice is” as Lady LeJean of Terry Pratchett’s Thief of Time described it, that both defines our place in the universe and provides a viewpoint to categorize others in relation to our selves? Is it more likely that we all land on a spectrum of understanding in relation to each other, and those who are too far down the spectrum from ourselves seem, indeed, like another sort of folks entirely? And if they move up the spectrum, will it seem to us like they’ve switched tribes?

Heck, I don’t know. I just know that, like L.M. Montgomery, I perceive a dichotomy of understanding; that it makes me happy to encounter by happenstance as I go about my daily life other people who seem to understand the world in the way that I do; and that many of those folks seem to be, in my experience, most definitely of the Tribe of Geekdom.

So, hooray for the Tribe! And until next time, Servo Lectio!