Mike Gold: The Ghost Who Rocks! 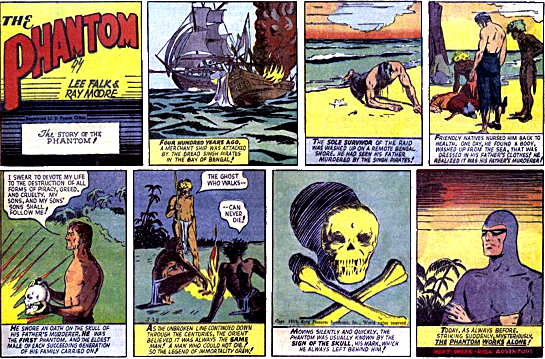 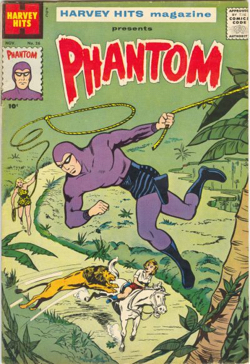 People have been arguing the “who was comics’ first costumed hero” question for decades. Some feel it was Mandrake the Magician, by Lee Falk and Phil Davis (1934), others cite the truly obscure Red Knight created by John Welch and Jack McGuire, and still others prefer to credit E.C. Segar’s Popeye (1929). But I think it’s safe to say that most comics fans and scholars bestow that honor upon The Phantom, created by Lee Falk and Ray Moore 80 years ago this past week.

Neither Mandrake nor Popeye are “costumed heroes.” They perform their feats of daring in their regular work clothes. Whereas the Red Knight got his start in 1934 as a guy named Bullet Benton, he did not don the Red Knight costume and, therefore, the costumed hero persona until April of 1940. I suspect somebody at the Register and Tribune Syndicate took a gander at the McClure Syndicate’s success with Superman.

So much for history. Here’s where it gets personal. Yep, this is really all about me.

I discovered The Phantom in a comic book called Harvey Hits #26, which was sort of like DC’s Showcase but with a much shorter attention span. This was in 1959, when costumed heroes were very few and extremely far between. DC had just given The Flash his own bi-monthly title, Archie was struggling with The Fly and The Shield, and Marvel was devoting its energies to such monster fare as “Invasion of the Stone Men.” So finding this treasure was quite an event for a kid who had just turned nine years old. 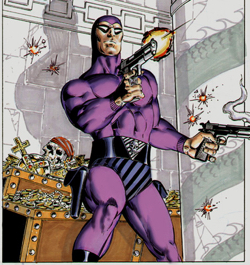 It didn’t matter that Wilson McCoy’s artwork was, to be polite, clunky. So clunky that Falk hated it, but the guy was foisted upon him by King Features. Even the cover to this reprint comic was clunky – if you take a good look at it, the perspective is out of the Negative Zone. Attributed to Joe Simon, the cover was in keeping with the interior art.

That didn’t matter. I loved it. The whole bit about the hero replacing his father for an uninterrupted chain of 400 years or so was breathtaking – sort of like how my peers in England felt about Doctor Who in 1966 when the Time Lord “reincarnated.” But, for me, something more important came out of my discovery of Harvey Hits #26.

I was sitting around my school’s lunchroom talking with my pals and mentioned this Phantom comic book. One of my friends said “Oh, that’s in the newspaper!” Really, I replied excitedly. “Yeah; the Chicago American.” Well, until a couple years before the Chicago American was a Hearst paper and no such rag would befoul my parents’ home. It had been sold to the Chicago Tribune and that paper was allowed, but only on Sundays. 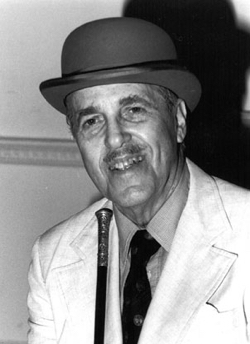 The next day my friend brought in the American’s Sunday comics section and changed my life forever. Yep, the Phantom was there – but so was Mac Raboy’s Flash Gordon. Every Sunday morning I was wedded to our teevee set watching Buster Crabbe gleefully taunt Charles Middleton, but I had no idea he got his start in the comics. And Raboy’s art was something mighty to behold… and it still is. Blondie, the Little King, Bringing Up Father – I was familiar with all of them from other Harvey Comics reprint titles. But when I turned to Hal Foster’s full-page Prince Valiant feature, I was incapable of speech and I might have needed a respirator.

This led to my discovering the other newspapers in my town – Chicago had five back then – as well as in neighboring areas. That, in turn, led to my falling in love with newspaper lore. Within a year I was buying four of those five newspapers every day, and I read them damn near cover-to-cover. This exercise had a massive expansionary impact on my worldview and it led me to journalism school which ultimately led to my typing these words now.

I had the privilege of knowing and working with Lee Falk – we double-teamed King Features to get them out of the way of our Phantom comic book at DC, but that’s a tale for another time. I thank Lee from the bottom of my heart for showing me my life’s path.