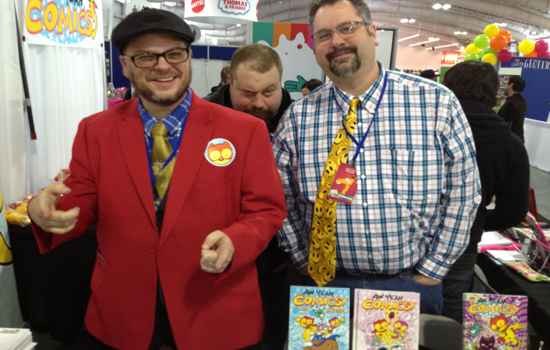 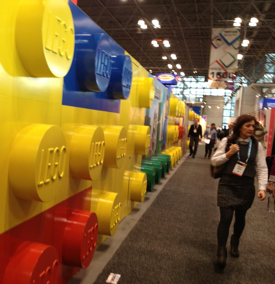 Having their orders in hand, the manufacturers would then scramble to make the toys and meet the delivery dates. But the world has changed so much in many ways:

And as we know from Geek Culture, super passionate consumers and fans are eager to know what’s going to be on sale in the future. In our anticipation-driven economy, teasing is a standard part of the game. It’s not enough that a retailer’s buyer plans ahead for what the store will be selling in the months to come – consumers want to know too. 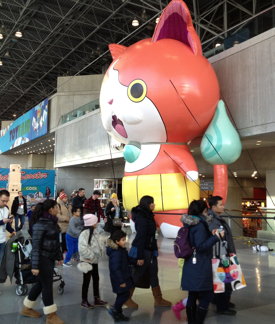 And that’s why this year saw the debut of Play Fair. Created by Left Field Media, Play Fair is a consumer show bolted onto the traditional Toy Fair. It provides an opportunity for fans and families to enjoy a sneak peek at the upcoming toys.

Toy Fair has always had a “business person only” policy. In fact, their site posts this admonishment in bold letters:

Toy Fair registration is open to the trade only; Toy Fair is not open to the public. NO ONE under the age of 18, including infants, will be admitted.

The publishing industry’s Book Expo had a similar policy, although it was enforced to a lesser degree. But recently they added a consumer element to their convention, and actually welcomed their industry’s most enthusiastic supporters. It was a great success and helped breathe new life into a stodgy show.

Left Field Media’s management is the team behind that new welcoming strategy. And these folks are also responsible for the launch of New York Comic Con, C2E2 and the ReedPop consumer events division or Reed Elsevier. They understand fans and consumer events.

I saw so many smiling families just loving Play Fair. Bone-chilling temperatures didn’t deter families – it was a big event with enthusiastic kids and parents celebrating toys and playtime. 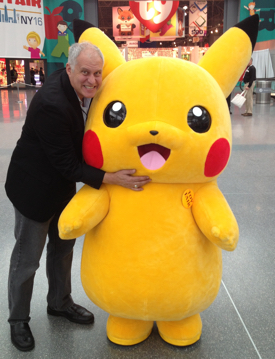 But back at Toy Fair, another big takeaway was the overwhelming influence of Geek Culture on the toy industry’s merchandise. The days of a brand created by a toy company (for some reason Hungry, Hungry Hippo comes to mind) seem to be fading. Instead, creative toy designers are more likely to embrace a pop culture license and show the world the unique spin they offer upon it.

Similar examples can be provided from all the pillars of Geek Culture – Superheroes, Star Trek, Star Wars, Doctor Who, The Walking Dead and more. And of course, Underground Toy’s unique Star Wars lightsaber BBQ grilling tongs debuted last year, but they are still the perfect example of this trend.

It was especially fascinating to see newer Geek Culture brands like Deadpool, Dr. Strange and Spider-Gwen on the Toy Fair exhibition floor at multiple manufacturers.

Toy Fair offers a glimpse of the future. And looking ahead, it’s clear that the toy industry and retail sales are going to continue to be driven, in a very big way, by the passion that fuels Geek Culture.