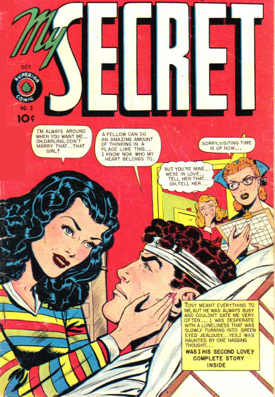 Once again I’m a JohnnyO-come-lately to a pop culture phenomenon. I don’t know why I avoided watching Downton Abbey on PBS outside of general cussedness. I get like that. Even something I think I might enjoy I’ll not watch or read because everyone else is doing it. Perverse.

Mary decided she wanted to watch the show so we bought the disc of the first season just to “sample” it. Well, that done it. We’ve gotten all the others and sort of binge watched right through the current and final season. Yes, we’re now ahead of friends and relatives who have been fans of the series right along, but don’t worry. I’m not actually going to reveal the upcoming plot twists and turns.

Rather, I want to consider the use of secrets in the series. We all have secrets at varying levels – things we don’t share. If true with us, so it should be with our characters.

Some are just very basic secrets – name, address, phone number – but things that are not necessarily shared with everyone. If a drunk at a bar asks a woman for her name and phone number, she may keep that secret and/or give him wrong information.

There are secrets that acquaintances might know – people at work or school. Deeper than that is the level with friends and deeper than that are the close friends. Family has its own level of secrets and even within family, some members have access to your secrets that others don’t. Your siblings may know things about you of which your parents are not aware but they choose not to rat you out (most of the time) and you know their secrets as well. Assured mutual destruction. The ones we love, with whom we are most intimate, can share our deepest secrets as well as our bed. Sharing secrets indicates a real trust and that’s why a break-up can be so hard. Your secrets are no longer yours when the trust is gone.

The thing about secrets is that they want to be told. What propels many stories, especially in Downton Abbey, is what secret is told to who and when and was it a good choice? Often the reader/viewer can see it when the character can’t; sometimes the most interesting choice the writer can make is that the character reveals a secret and we know it’s a bad idea.

Some characters make it their business to learn the secrets of others, the better to use as a weapon when they think they need it or just feel like it. There has been more than one character like that on Downton Abbey.

We also see people keep secrets from each other on the show, especially with couples, and more especially with married couples. While the characters rationalize it as necessary, it’s rarely a good thing. It’s almost guaranteed to bite them in their ass. Sometimes the secret will be shared with one or two people but not with others.

Of course, the biggest secrets are the ones that the writer keeps from the audience. They get teased out as the show goes on but, as with all fiction, it’s important for the writer to choose what to reveal and when. It keeps our interest up; it creates suspense. It’s a problem when the writer has a secret and they don’t know the truth themselves. It’s not out there; it’s not anywhere. Some big secret, some big mystery, lies at the heart of the story and you only find out later that the creator doesn’t really know the answer either. They were sort of making it up as they go. I hate it when that happens.

Secrets have power and are sometimes used like currency. It’s true in our lives and so it should be true in the lives of our characters. It was certainly true on Downton Abbey and would-be writers would do well to study it.

Excuse me now while I go think up some secrets to hide.

Tags: how to writesecrets Downton Abbey