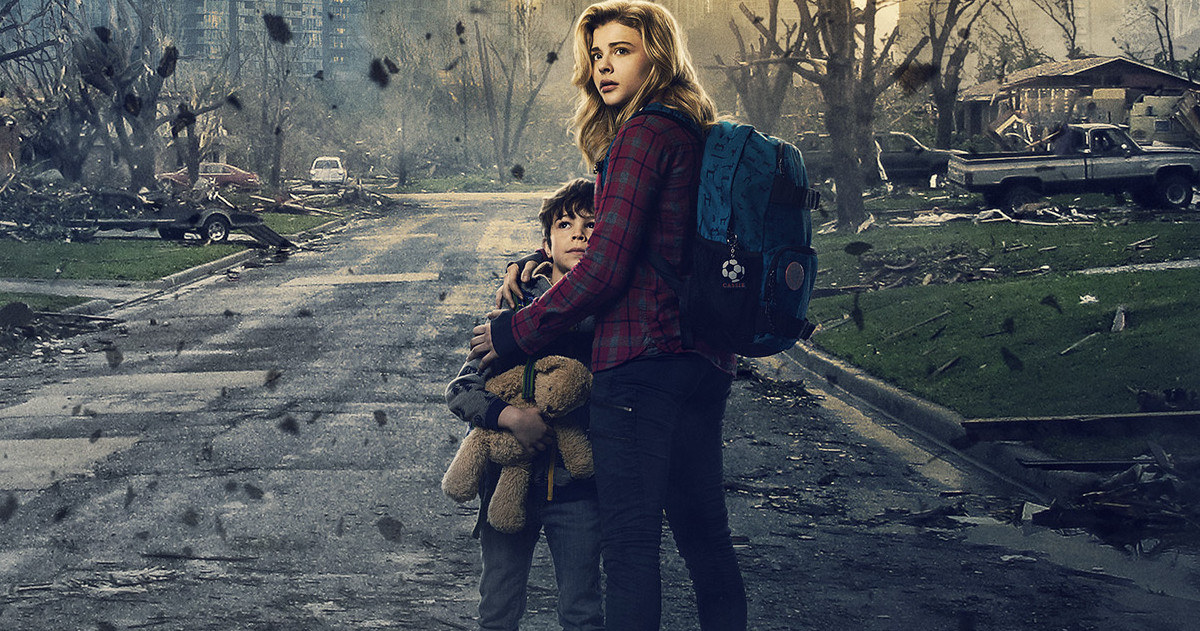 The 5th Wave is a great trailer and a mediocre movie. There are some big ideas and ambitious visuals but they all made the advertisements and don’t take up much more room in the actual movie. What we get for the price of our ticket is a lot of watching characters move around the woods alone or in small groups. It almost never feels like the big action is happening on screen. It’s the kind of book adaptation where I’m sure the novel is a much more satisfying experience and am not sure why anyone bothered to make the film.

I want to talk more about the plot (and that will need to be behind a spoiler warning) and while I feel like I need to get some discussion of the non-plot aspects of this movie, they’re all just sort of there. The acting is not exceptional but by no means bad; I hope we get a bigger focus on some of the other kids if this turns into the franchise it so desperately wants to be. The visual effects, while used sparingly, are totally passable. There’s a palpable sense of dread several times during the film and I’m sure that’s the whole point of the endeavor, but looking back on it a day later I can remember only one such moment clearly. Honestly, my biggest technical complaint is that the quarantine zone looks a little sparsely populated, like they decided they could skimp on extras or something. The 5th Wave is technically sound and thoroughly inoffensive.

From here on I want to talk about the details of the plot and while I found it a bit predictable, you might not— so be warned.

The plan of the alien invaders felt distinctly like the result of a planning meeting you would see on a Saturday Night Live sketch. The aliens start their invasion with an Electromagnetic Pulse that permanently destroys all the technology on earth (and the awesome plane crash you see in the trailer), then they cause a series of massive earthquakes that also cause gigantic tsunamis and kill a bunch of people, and then they have this super version of the bird flu that kills most of the people that contract it. Up until this point these have been some ambitious plans that seem designed to eliminate the population in a relatively efficient manner. From there the plan becomes a convoluted mess: the aliens are going to assume human form, they’re going to tell the humans that they can assume human form to get them to turn against each other, they’re going to completely take over the military and train an army of child soldiers to think that other humans are really aliens so the child soldiers will kill the remaining humans. How is that their best plan? It seems just monstrously inefficient. It’s like the aliens spent their entire invasion budget on the earthquakes and the virus and just had to wing it. It leads to maybe one good Invasion of the Body Snatchers moment but I correctly predicted 100% of the aliens sitting in the theater so it wasn’t a slam-dunk. The more The 5th Wave told me what it was about, the less interesting it became.

The 5th Wave is the inevitable result of plugging every Young Adult novel that girls like into the Hollywood machine and releasing whatever comes out of the other end. It’s not good enough to be The Hunger Games, fresh enough to be Twilight, indecipherable enough to be The Maze Runner, or whatever Divergent is. It doesn’t seem to have a place except to just be a kind of YA wallpaper. There are germs of good ideas here and characters I wouldn’t be completely opposed to seeing more of if this takes off and becomes a franchise but I also wouldn’t remember or care if it just fades away an becomes nothing. The 5th Wave is the unfortunate symbol of progress, as a new thing becomes just another thing.