Ed Catto: The Joy of Dreaming the Impossible Dream

Geek Culture has been buzzing about Star Wars: The Force Awakens to an overwhelming degree. It’s been a wonderful way to wrap up the year. Even with a focusing on the marketing, I’ve been talking about it on TV and in Entrepreneur Magazine. But the more I think I about it, the more I realize we may have gotten it wrong. I think we’ve been talking about the wrong movie. Joy, starring Jennifer Lawrence and Robert DeNiro is the movie that should be the poster child for Geek Culture. Let me tell you why. 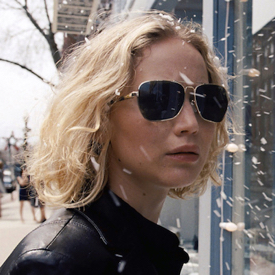 My wife and I saw it last weekend, and I’ll admit I went into the theater thinking it was a (so-called) chick-flick. But now I realize the studio missed the bullseye with their marketing efforts. At the core, it’s an inspirational story of a persistent entrepreneur.

Joy is the tale of a single mom smacked around by the trials and tribulations of a difficult life. She embraces her entrepreneurial passion in order to save the day. 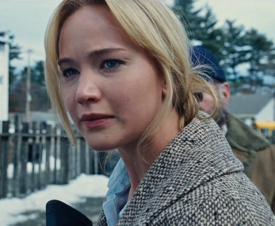 It’s loosely based on the real life of Joy Magnano, the inventor of many household products, including the Miracle Mop.

It’s fair to say that you’ve seen these types of movies before: the hero–with-a-dream struggles to overcome adversity and eventually triumphs. In fact, the hit TV show Shark Tank shows a part of this process each week, as entrepreneurs share their business plans with potential investors and their dreams with the audience.

But the most interesting thing for me was how many times Joy, the heroine, was told, “No, you can’t do that”. Most of the supporting characters, many with well-meaning intentions, tell her what stupid ideas she has and counsel her to abandon her crazy efforts.

And you know what? There are a lot of dumb ideas out there. And it is good for each of us to assimilate the right kind of advice and course correct in our endeavors.

On the other hand, the world of Geek Culture is a world of dreamers who fight against seemingly impossible odds, passionately working to tell a story or create a product. It’s filled with modern day Men (and Women) of La Mancha.

This point was driven home to me last week. As a part of my daily commute through mid-town Manhattan, I saw four huge billboards for Geek Culture –themed TV shows.

In reality, Geek Culture creators who “make it big” are few and far between. Select successes, like that of Robert Kirkman’s The Walking Dead, inspire so many aspiring creators to keep plugging away.

I’m always impressed with these folks. I’m thinking about new creators who have stories to tell and are trying to get published. I’m thinking about an international lawyer I know who wants to spread the word about social injustice through comics. I’m thinking of collectors-turned-makers like my pal Tim Ellis, who’s started CKRT LABs, a brand new superhero toy/collectible company. I’m positive they’ve all heard “No” and “That’s a stupid idea” many times.

One of my favorite Batman moments is from an old Justice League of America comic. All the heroes are trapped on a distant planet in a traditional jail, but they can’t bend the bars open to slip free. The villain taunts Superman that even he couldn’t get out of this nefarious death-trap. So the mighty Superman (who’s done this a million times before) tries to bend the bars but can’t. Then J’Onn J’Onzz (currently co-starring in CBS’s Supergirl) takes a turn. He can’t either. Each of the other heroes subsequently takes his or her turn. Despite their impressive powers, they each fail to bend the prison bars.

Finally, Batman, who is not gifted with superhuman strength, steps up. He admonishes his fellow justice leaguers to remain silent. He grips the bars with both hands and grits his teeth. Astonishingly, he bends the bars apart!

The Justice League is amazed. The Caped Crusader explains it this way:

“I noticed that before each of you tried to bend those bars, someone told you that you could not do it. I thought can it be possible on this strange world – that what someone is told – is believed to be true?”

Just because they tell you that you that you can’t do it doesn’t mean you have to listen to them. Dream the impossible dream. 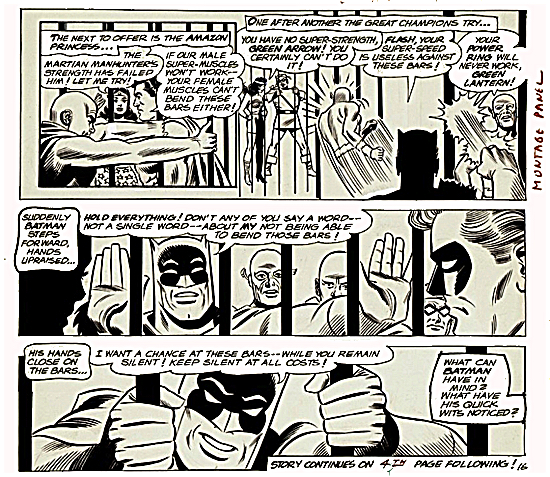