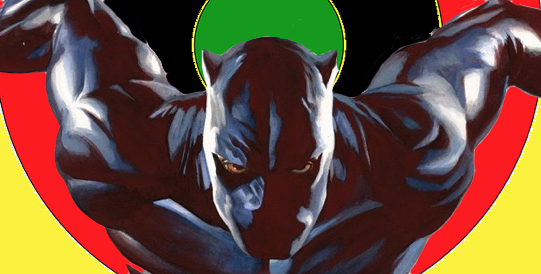 Happy New Year! Or, if you were lucky enough to be invited to a wild New Year’s Eve party… happy Saturday!

We have 366 bright and shiny new days in which we can save the world, love our families, party with our friends, go to the movies and read comics. Time and space are great that way.

In the past year, despite Gamergate, there has been a trend towards including female characters and female perspectives in video games. In other words, the misogynist jerks who screamed about “journalistic integrity” made no difference at all in the gaming industry. In this case, I suspect the appropriate comment is, “Money talks / Bullshit walks.”

On the tale end of 2015, I read two things that really changed my worldview. The first was Between the World and Me by incoming Black Panther writer Ta-nehisi Coates. It’s a short book, but it took me a long time to get through it because it is painful to read. A letter to his son in the wake of Ferguson, Baltimore, Charleston, Cleveland (the list goes on and on and on), it is a window into the African-American experience that I had never seen.

In the middle, I read this essay on The New York Times website about, essentially, the same subject. The writer was trying to express the parts of black lives that white people don’t understand.

Naturally, he was trashed in the comments.

I don’t entirely understand this. In both of these examples, black men are writing about their personal experiences as Americans of color. They don’t say that they know every other African-American, nor do they claim to know every white person. They describe what happened to them, and what it felt like, and how it shapes their perceptions.

No one likes to be called a racist. No one likes to be called a bigot of any kind. And yet, we are all of us guilty of at least a few prejudices. There isn’t any way around it. We live in a society that was built on slavery, on sexism and homophobia and anti-Semitism and xenophobia. As a white person, I benefit from this, even though I never consciously made that choice.

A few decades ago I attended a weekend seminar on “Dismantling Racism.” I was surprised when the first day and a half was spent asking each of us to talk about ways we felt outside the norm. We might have been fat or non-white or non-Christian or disabled or foreign-born. Then, by Sunday afternoon, we were shown how to each use our differences to understand racism.

That’s a tremendous oversimplification. Nevertheless, it changed my life.

I often mention my Jewish upbringing. Being Jewish at an Episcopal boarding school was one of the defining experiences of my life. I was called names. I was required to sit through Sunday morning religious services during which they read passages from the New Testament that I knew had been used to justify the torture and murder of Jews through the centuries. When I would mention this, I would be told I was “too sensitive” and to get over it.

My experience is not the same as that of African-Americans. I can “pass” as Gentile, and I’m white. Still, my experience gives me a window through which to understand.

Black Panther is not a character I’ve ever followed. When Coates’ run starts, I’ll make sure to pick it up.

Let’s try to spend at least part of 2016 listening to each other.