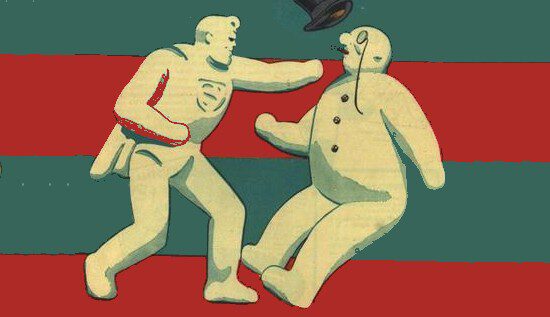 The weather oracles out here say that we can expect some sleet mixed with tonight’s rain and if that happens, if we’re blessed with the “wintry mix,” we should cherish it because we may not see it again, not this year. Mighty hot winter. I would like to snort a little fire and and decry global warming, but I’m no meteorologist (and neither is your friendly neighborhood politician) and so I can’t say with any authority that global warming is the sole cause of the soaring temperatures we here in the northeast have been liking/hating. But surely the climate change is in the mix somewhere.

After tonight’s sleet, if it comes to pass, nothing more of its kind is in the forecast.

A month or two ago, we bought me some heated gloves. They’re still in the wrapping.

Meanwhile… what we have here is a bardo week – an interval. All our favorite television superheroes are having winter rests and the new entries are yet to debut. There isn’t much I can add to the dialogue. We’ve been pleasantly surprised with Supergirl; the maid of might seems to have found a comfortable niche between fantasy/melodrama and old fashioned charm and every week she gives us a pleasant hour. The other costumed heroes are holding their own and that’s righteous enough for me.

And on the cinematic front, the big movie, the one we have been anticipating as though it is the Second Coming, set box office records from the get-go and is still setting them. Looks certain to earn more than a billion dollars very early in its run. Yay, I guess. I almost wish I didn’t know that and I could look at the movie, when I get around to it, as just a movie. As disclosed in last week’s column – and admit it, you were thrilled – I saw the first Star Wars before it opened, knowing almost nothing about it, and that’s a good way to experience entertainment. Though its true that for most of mankind’s involvement with storytelling, the listeners knew the ending of the story being told before they heard it, so novelty isn’t a requirement, just something that’s occasionally nice.

Next up, and at last: Superman v Batman. That probably won’t shake the Earth, but who knows?

And about those comics: Yahoo’s news column recently listed all the comics that would be available in the coming week which, once again, demonstrates that our oft-maligned medium has gained full parity with all the other media. It’s also given me a venue in which to be damn lucky and that’s no bad thing to be grateful for as one year folds into another.