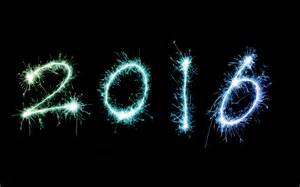 Here we are at the end of 2015. It is crazy and amazing that I have been writing at ComicMix for the past year. Personal tip: Always start things in January, it makes it easier to track time.  Right now, I’m not alone in reminiscing about the past year but frankly, I’m ready to start looking forward to all of the amazing things that 2016 will debut! Here are a few things I am getting excited about….

Next year is the arrival of famed writer Margaret Atwood’s first foray into comics with Angel Catbird from Dark Horse Comics. Atwood’s writing style never struck me as the superhero type, so it will be interesting to see how the story develops. Additionally, I am eager to see if or how the addition of a non-profit charity is integrated into the story.

The other comic I am (weirdly) excited to read is the Mighty Morphin’ Power Rangers comic from Boom! Studios. Yes, I have a soft spot for 90s nostalgia comics and this is no different. While I haven’t kept up with the newer series, I want to see what they do with the characters that I remember from my childhood.

Next year will also be the 50th anniversary of Star Trek. This means a year of celebrities doing fun things in memes, lots of tidbits from the new show arriving in 2017, and the new movie Star Trek: Beyond which will hopefully not suck. I also can’t wait to see what IDW Comics does to celebrate.

Most importantly, I’m interested to see how the events of this year unfold into the next. 2015 was a year of turmoil in the world. In the geek community, diversity became a polarizing issue, whether in comics, TV, or movies. There were protests about female representation in toys, which echoed loud enough for companies to being listening. Enough people clamored about diversity in comics, either for characters or creators, that it became a standard must-have question/panel at most comics conventions this year. Each week the publishers seemed to have a different answer to the problem. In the greater world, the new civil rights movement has only just begun in the US, while other countries are still fighting wars. 2016 will be a defining year for us as the human race and just might be a year of peace and understanding.