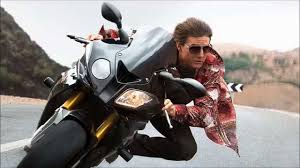 There hasn’t been a Mission: Impossible comic since Rob Liefeld’s adaptation of the first in the current film series. However, now that Rogue Nation is out on disc,  Paramount has dipped a toe back into comics with an eight-page prequel which explores what happened when Ethan Hunt went rogue and started tracking down The Syndicate. The comic with the story by director Christopher McQuarrie and artwork by Owen Freeman, debuted over at Wired.