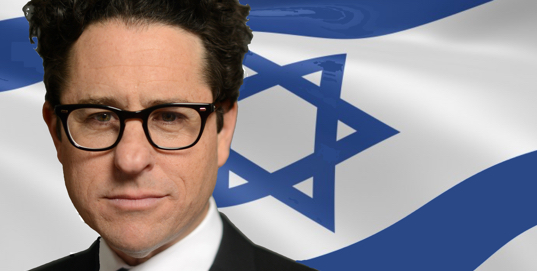 So since Star Wars: The Force Awakens opens today, and since I’m not going to go see it until after this weekend at the earliest, I thought I would do a trip down memory lane combined with a little bit of pop culture history.

You know, a nostalgic story about the experience I had seeing the first one in a theater, then a reference to Jack Kirby, and a sideline into older types of mythologies that tell similar tales. By the end, we would have deduced that there are no new stories, only new ways to tell them, and we would have been entertained and elevated.

And then, I got lost on the Internet.

Apparently, Star Wars in general and J. J. Abrams in particular are all part of a plan by the Jews to eliminate the Aryan race.

I’m not going to put in a lot of links to substantiate my points. I don’t want to drive any more traffic to the sites. I feel soiled enough that I looked at them.

Look, I get that there are crazy people out there, people who get set off by things that, for the rest of us, are innocuous. So when John Boyega was cast as one of the leads in the new film, racists went nuts saying the film is anti-white propaganda. Because, clearly, all leading roles in movies are by Divine Right given to white men. If they aren’t, it’s because of some social justice warrior affirmative action social engineering. Or, something.

I liked the original Star Wars trilogy. I liked parts of the next three movies (I would watch Ewan McGregor do just about anything, including crawling through sewers). Even when I didn’t like something, I was interested in what Lucas wanted to do.

When he sold out to Disney (and then gave most of the money away), I was nervous about what would happen. As it turns out, I like J. J. Abrams more than many of my fellow nerds. I liked his Star Trek movies, despite my friends’ attempts to prove to me, empirically, that they’re bad. I liked a bunch of the television shows he produced. I like saying “Bad Robot” when the animated logo comes on.

So I want to see what he does with Star Wars.

It is interesting to me that so many who decry “political correctness” and “censorship” and “social justice warriors” demand exactly those things when the person speaking has another point of view. in this case, the person speaking is Abrams (with the implied consent of Lucas and Disney). If he chooses to make a film about a white woman, a black man and scores of characters of many species, that’s his right.

I mean, Kirk Cameron made Saving Christmas, a movie I have no desire to see, and I didn’t call for his death.

I certainly didn’t see it as part of a millennia long conspiracy to destroy my way of life, and therefore a call to rain down violence and destruction on those who chose to buy tickets. The people at the crazy websites who don’t like Boyega & Co. use Hitler as a good example to support their positions. Because J. J. Abrams is trying to “kike” things up. (Yes, they use that word.)

You know, there are always the crazies in the world, of all stripes. Usually, they have enough common sense and/or shame to try to disguise their craziness. No one in the United States, in my lifetime, has wanted to be seen as a Nazi. Maybe an extreme conservative, even a racist, but not someone in favor of death camps.

Until this election cycle.

If you don’t want to see John Boyega, if that’s an affront to your morality, don’t go. More seats for me.