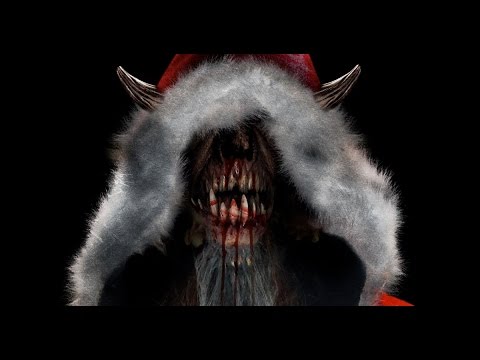 It’s entirely possible that I am simply too old to enjoy Krampus. The built-in audience for the movie seems to be families with perhaps older kids who still want to see a movie together for the holidays. It’s a safe movie in that way, with broad humor and a more passive approach to scaring people that relies less on jumps and thrills and more on the idea of stuff that happens out of frame. It didn’t work for me at all, it seems like a spectacular waste of a gifted cast to make them do such tired, dreary material. And while I can be a bit wimpy at times during horror movies, I certainly prefer scared to bored.

Krampus has the kind of cast that you would expect to be capable of elevating any material put in front of them. Adam Scott and David Koechner are gifted comic actors but between this, Scouts Guide to the Zombie Apocalypse, and Hot Tub Time Machine 2 I’m beginning to wonder if both of them have lost their discriminating taste when it comes to scripts. Toni Collette and Conchata Ferrell have slightly less sterling comedic bona fides but they know how to deliver punch lines, or rather you’d figure they would. The comic work is so bad in this film that I wonder if some months down the road we’ll see an outtakes reel with all the takes that worked. This is either a stunning disappointment or the worst editing job in movie history (non-The Room division).

I’m not the kind of person who believes a movie has to be 100% original or that there’s no use going over old things trying to find a new perspective. That said, I’m not entirely sure what this movie brings to the space of vaguely supernatural Christmas horror movies that kids can watch genre that Gremlins didn’t do much better 31 years ago. There’s even a scene in Krampus where all of the attacking minions are coincidentally Gremlin-sized and in spots it feels a lot like the toy store scene in Gremlins. I would believe it was an homage if Krampus didn’t suffer so badly in the comparison.

But while I was thoroughly unimpressed by Krampus, I could not say the same for the young man sitting a few rows behind me. When the film was over he turned to his dad and excitedly said, “that was the most twisted ending ever” and while I found the last ten minutes of the film deeply unsatisfying, it worked for that preteen and he’s the audience this movie wants. He and his friends command a fair amount of capital and this time of year can get their parents, siblings and friends to go to the movies with them. I can shout from the rooftops (or more productively from here on the pages of ComicMix) and it’s not going to cost Krampus a lick of business but this kid who just saw his first bleak ending could put 12 more people in seats.

God bless us everyone indeed.