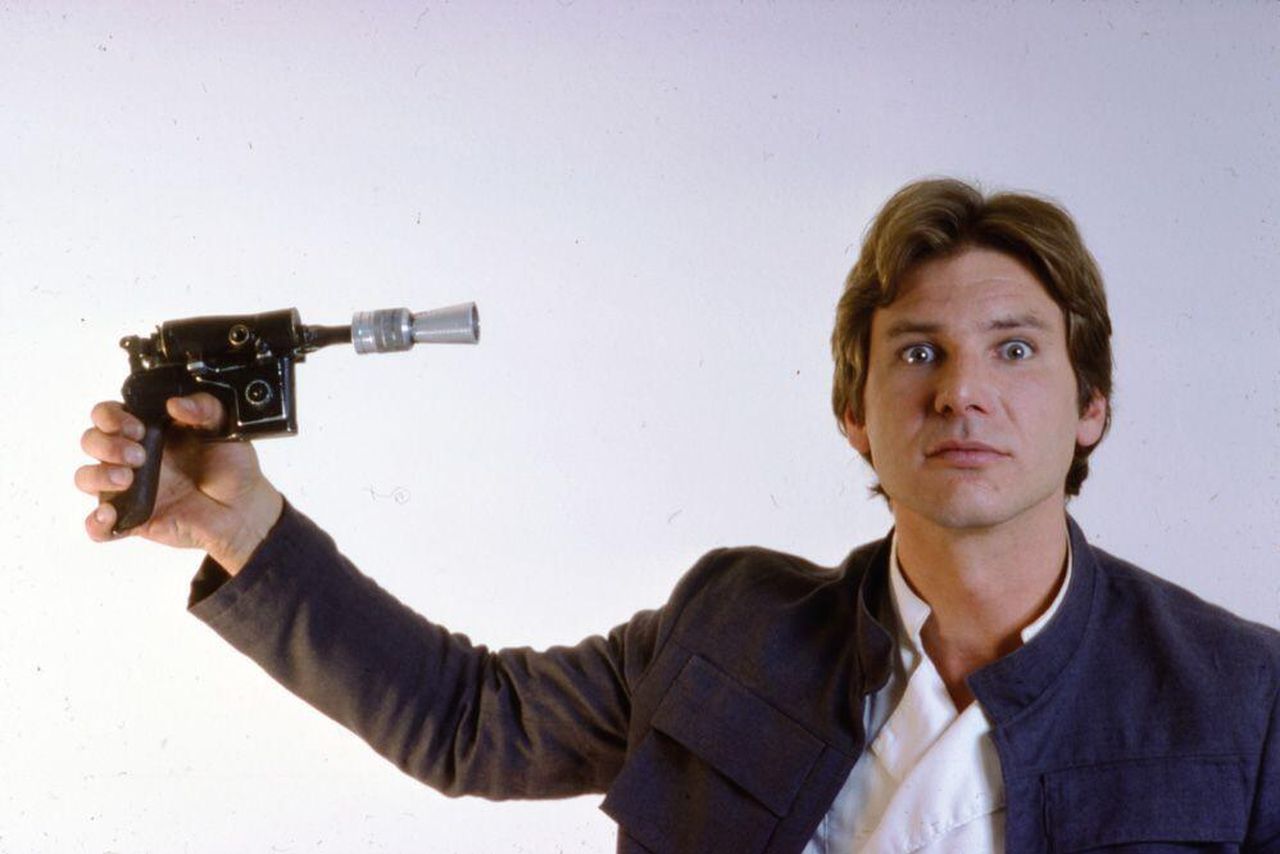 With two major shooting events in America back to back, the usual script of recriminations and wailing didn’t hold, and people stopped being publicly polite and deferential to the enablers– the people who are now being called out for offering thoughts and prayers, but are not thinking about how to prevent more deaths from guns and praying that no one calls them on it.

This has led to unprecedented public calls for change, like the New York Daily News front page which has been retweeted over 22,000 times; by contrast, the New York Post front page of “Muslim Killers” got less than 4% of that. And the New York Times ran their first front page editorial since 1920, calling on America to end our gun epidemic.

This led a right wing wacko pundit to stop using his words and start using his gun:

Well, no, he ain’t. Because this isn’t the only place he wants to use his gun. He wants to bring his gun to the opening night of Star Wars.

I have never worried or fretted about things like this. Even after the Aurora, CO, shooting at the “Dark Knight Rises” showing, I never once worried about going to a theater and getting shot. I have taken the view of Stonewall Jackson that, believing in God, I am as safe on the battlefield as I am in my bed. Of course, Stonewall Jackson was killed on the battlefield.

After the events of Paris and in light of the unvetted Syrian refugees coming into this country, I am rather nervous about going to the opening day of “Star Wars.” […] I would like to find a theater in my area that allowed concealed carry permit holders to bring their guns to the movies.

Let’s ignore the racist fear-mongering and the daffy idea that fired bullets are worse if they come from outsiders rather than good old Americans. He wants to bring his gun into a movie theater showing Star Wars so that he can protect himself and maybe other people, because he thinks that guns are useful in a crowded, noisy, confused venue with cluttered sight-lines full of innocents.

I know lots of people who are going to go to movie theaters to see Star Wars on opening day. Heck, I know people who own movie theaters that will be showing Star Wars on opening day. (If you’re in Jacksonville, enjoy the wretched hive of scum and villainy.) And we have someone who shows his displeasure at ideas he doesn’t like by shooting them. To prove he’s a responsible gun owner.

Can’t you imagine him shooting at the screen if he doesn’t like John Boyega’s character?

Aw, but really, what are the chances of that? Everybody always reacts so calmly when J.J. Abrams reboots a science fiction franchise.

Erick, heed the lesson of Master Yoda. You’re carrying a gun because you’re afraid, and fear is the path to the Dark Side. Fear leads to anger. Anger leads to hate. Hate leads to… ah, I’d tell you to go watch The Phantom Menace for yourself, but do yourself a favor and lock up the gun first before you fire into your TV.

As for me, I’m giving the wast word to Barry Kripke:

No one wants to take your guns away, but @EWErickson should probably have his guns taken away, yeah?