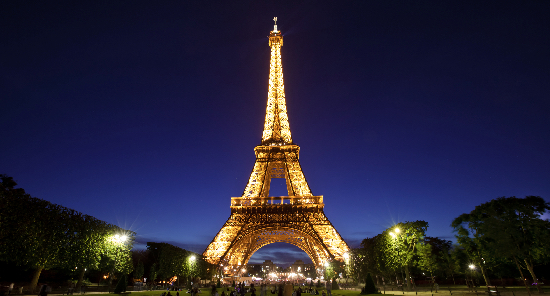 “Some men aren’t looking for anything logical, like money. They can’t be bought, bullied, reasoned, or negotiated with. Some men just want to watch the world burn.”  – Alfred to Bruce Wayne in The Dark Knight

To be honest, I think that’s ISIS, especially after the violence in Paris on Friday night.

One of the things I’ve gathered about them from my reading is that they are an apocalyptic cult. They’re looking for the end of the world. Yes, they are Muslim and quote and believe a very literal version of the Koran. But they also believe and are working towards the end of the world. Christianity has had and does have its own apocalyptic cults (e.g. the Rev. Jim Jones in Jonestown) and I read an interesting and, I think, apt, analogy somewhere, suggesting that ISIS is to Islam what the KKK is to Christianity.

The purpose of terrorism is, of course, to cause fear in your enemies but I think it’s also to provoke reactions. To make the governments affected (or allied) “clamp down.” Donald Trump thinks the Paris assault proves the necessity of the wall he wants built, although he has not explained how a wall between America and Mexico would keep out ISIS terrorists.

There are and will be those (especially on the right) who will call for military action. That may be what ISIS wants; such actions could increase the number of volunteers – and money – that flows to them. And there’s that end of the world thing – provoke one last great battle. Hey, Christianity has the Book of Revelations and that has a similar scenario. Whoever’s version you listen to, it’s pretty sure that they feel that God/Allah/Jehovah/Whomever is on their side.

Part of me wants that military action against ISIS. I got very angry (again) with the violence. I wanted, I want, that violence visited upon those who planned it, who ordered it. I want it Biblical, baby, with fire and brimstone. I may be agnostic but I was raised as I was raised and that’s part of it.

Problem is, this was born out of violence. We helped launch ISIS with our adventures in Iraq and Afghanistan. There are victims and refugees and some of them, not all but some, are a result of our adventuring. ISIS has a lot of weapons that come from the US of A, gleaned when the Iraqi troops that we trained ran away, dropping everything behind.

We need to figure out our response and it needs to be a reasoned response, not from the gut or shot from the hip, because the Paris attack is guaranteed not to be the last such atrocity. There will be more and sooner or later some attack will come to our shores. No amount of rhetoric from the right or the left will prevent it. We’d best be prepared and think about how we want to respond when that attack comes. Remember, the other side is not looking for world domination; they’re looking for apocalypse.

Or we can all sit back and sing along with R.E.M. –