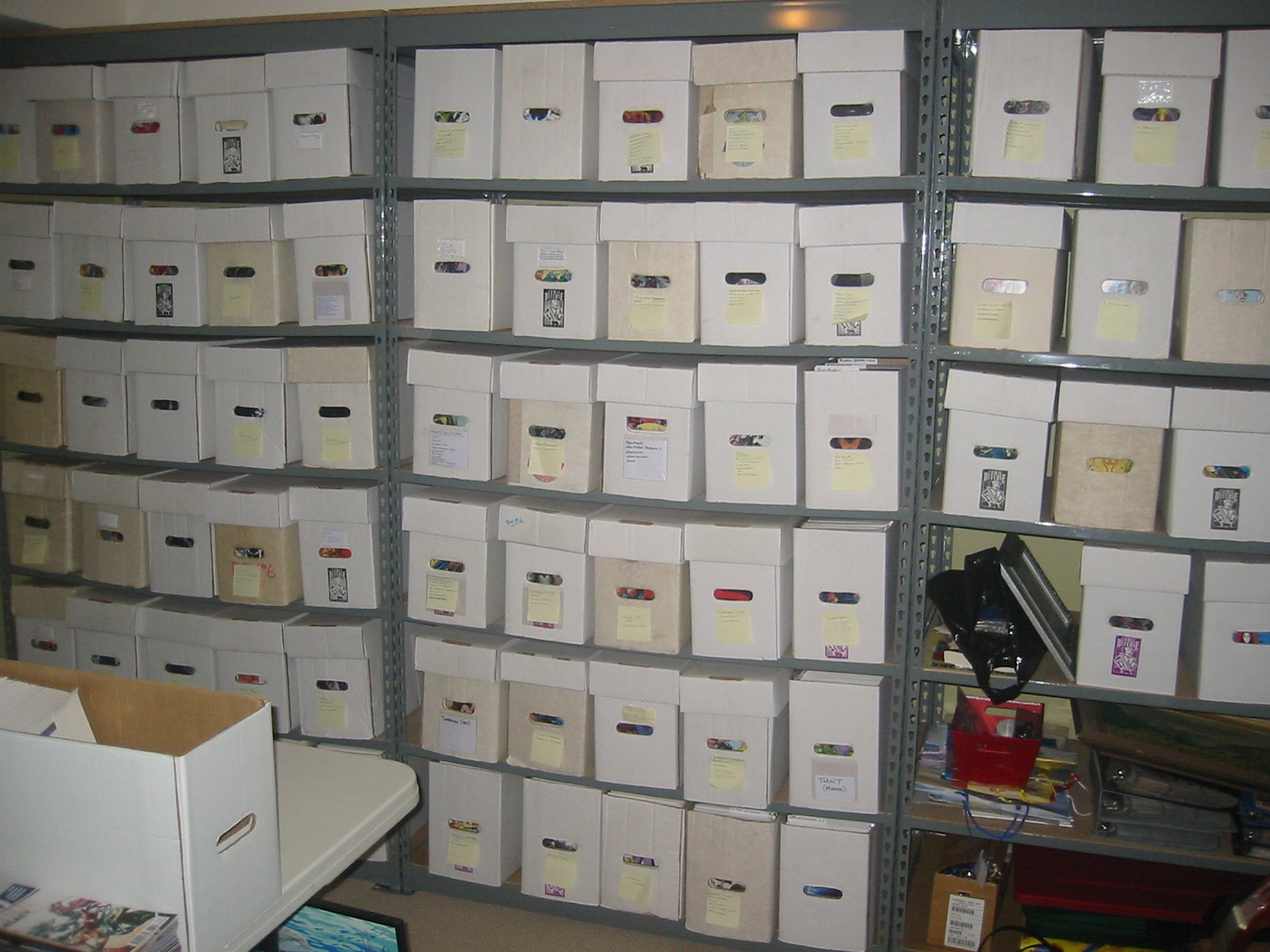 I was recently informed that my local comic shop The Zone (of Homewood, IL) was being sold for a very affordable sum. So affordable in fact, it got many a folk a’twitter (no, not that Twitter) over the feasibility of making that leap into small business ownership. And for a hot minute? Unshaven Comics seriously considered it.

I mean, next to making comics, having your own shop is very much the dream for many. Ask Art and Franco (Aw Yeah, Comics!) or Mark Waid (Aw Yeah, Muncie!). The appeal of growing a community around the comic store is more than a passing desire for me. Why? Because it’s how Unshaven Comics happened in the first place. When I met Matt Wright in sixth grade, he cemented our friendship with the gift of a few comic books. Soon thereafter, trips to the local store – then, Fiction House – were typically at least a weekly endeavor. By high school, Fiction House was more than just a retail mecca. It was church. A collection of gamers, and fans of pulp and paper united by the bond of shared love in off-the-beaten-path minutiae. And it was within this community of nerds, geeks, and dweebs, did we all find a large chunk of our self-identity. One day, we would move from fan to creator. If for no other reason, than being able to place our fiction next to Batman and the like, to declare this is how we’d do it better.

As we grew up, the comic shop never lost its luster. In Indianapolis, Comic Carnival became out haunt of choice. While we never found a community over the course of our college years… the weekly tradition of new comic book day was never to be missed. When we made our triumphant return to Chicago, with our beloved Fiction House now a Chinese food emporium, we tripped over Lansing’s Stand Up Comics. Therein, we found a trio of kindred spirits. Twenty-somethings sharing a long-lasting friendship, united in business. New Comic Book Day soon sprouted into extra-curricular affairs – as getting new books was on the beginning of an evening over shared dinners, and boisterous conversations. It was at Stand Up Comics I made my debut, and eventual retirement from stand up comedy. And far more important… it was where Unshaven Comics was blessed to put our first books on the shelf; to declare this is how we do it better.

Hence, it should come with no surprise when the opportunity to recreate a bit of that magic in my hometown, my beard bristled with glee. I mean, the Aw Yeah guys seemingly are doing well for themselves. And how could comics not be a booming business right now? With the Marvel Movieverse into its strong second phase, DC Comics killing it on TV, and Image Comics proving how creator-owned books can school the mainstream in terms of depth and quality on the page… we’re living in a gilded age! So, a brick and mortar store, in the heart of a well-worn middle class town like mine should be a dream waiting to happen.

A few sobering conversations later? The dream dissipated back into the digital ether where it was born.

The biggest concern, of course, is money. Even at the amazing price the owner is seeking for the shop, it’s not like three working dudes barely into their thirties are sitting on mounds of extra cash. It further belabors that point when two of those dudes are expecting daughters in March of the coming year. Or that the third dude is finally getting hitched all legal-like. Taken a step further… being in debt to start your business – even with a solid base of customers currently streaming into the shop – is daunting. Especially because we’re more than clear that only one of us could ever man the counter. Lest we think owning a small comic shop can replace 3 full time salaries. We wouldn’t bet on it. In addition, as with all business owners, the shop is far more than a collection of current and back issues (and associated brik-a-brak). It’s an environment. Meaning an Unshaven Shoppe would need to reflect our personalities. And somehow, that likely costs money too. It all adds up, doesn’t it?

Great comic shops in the suburbs are more than just pulp and paper now. The need for Pokemon leagues, Magic tournaments, and D&D nights are near must-haves. Most comic shops are also aforementioned social hubs. Home to comedy nights, local high school punk rock shows, and impromptu podcasting studios. Owners of these stores need either to hire local talent (see: those kids in the punk band), or give up any chance at normal work hours. Certainly kids aren’t trolling the comic shop until after school. And while any of us Unshaven Lads might enjoy the ability to sleep til noon on a weekday… we don’t want the result of that gift: working late nights to keep the lights on. It’s not an easy life to tend to a shop. And certainly not one that can support three budding families from day one. It doesn’t warm our hearts either to know that our beloved Stand Up Comics ended up folding over a diminishing clientele base – in spite of every attempt to grow it. The sober facts of the glamorous world of comic book retail.

But grey clouds will part! Soon, the Zone will be home to new owners ready to tackle the tasks we admit defeat over. And I’m likely to meet them shortly after the sale is final. Because every shop needs that community, and what better way to engrain a local independent comic publisher with his community, than being the artist(s) in residence at said shop?

I can think of no better dream to be a part of.