Mindy Newell: Dick and Me 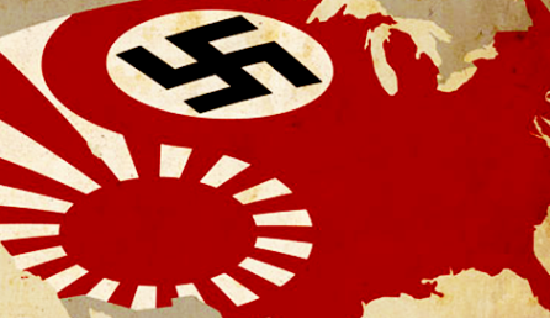 “Don’t believe everything you read or hear, remember a large part of our world is made up of fiction!!” • Victoria Addino

“Reality is merely an illusion, albeit a very persistent one.” • Albert Einstein

“Reality exists in the human mind, and nowhere else.” • George Orwell,1984

“Am I the only one who knows? I’ll bet I am; nobody else really understands Grasshopper but me – they just imagine they do.” • Philip K. Dick, The Man in the High Castle

I haven’t read The Man in the High Castle, by Philip K. Dick, for many years, not since my “Introduction to Science Fiction” class in my freshman year at Quinnipiac University.

I didn’t love it, even if it had won the Hugo Award for Best Novel in 1963, and even though it was one of those books during the 1960s that was blowing everybody’s mind in Haight-Ashbury and anywhere else where people were tuning in, turning on and dropping, and even though my professor waxed on and on about its brilliance. (BTW, I started college in the fall of 1971, the tail end of the social revolution was coming to an end – im-not-so-ho – since the spring of 1970 with the killing of college students at Kent State by the National Guard, and eventually lead to “Dance Fever with Deney Terrio,” “Disco Duck,” and polyester jumpsuits.)

That’s not to say I didn’t appreciate it, or I didn’t understand it. I just find Dick to be very depressing. Okay, okay, you can all guffaw and snicker at that, so let me rephrase: I find reading Dick’s works to be heavy going; his themes are overall incredibly morose… y’know: life sucks, and then you die.

No matter what life you perceive as yours.

The Man in the High Castle professed to be an alternate history – what if the Axis powers, i.e., Nazi Germany and the Japanese Empire, less Mussolini’s Italy, had won World War II? – with what I guess you can call a twist ending (I won’t give away any spoilers here), but what it’s really about, and what is at its heart, is its questions on the nature of reality and the human response to what is a perceived reality.

This afternoon I watched the first two episodes of The Man in the High Castle on Amazon Prime, produced by its eponymous studio. Produced and co-written by Frank Sponitz (The X-Files), it’s a beautifully crafted series, obviously done with love, and is a “triumph of world-building,” as Entertainment Weekly put it. It captures the darkness, dreariness, and depressiveness of the book; more disturbingly, it also reveals the psychological acceptance of a “it-is-what-it-is” acceptance of life under the Reich and the Japanese Empire by the American public, with very little display of “heroic Resistance fighters” to be seen. But there is resistance; and that is what drives the story, at least on the surface.

My one complaint is that it’s very slow going; just like the book, you really have to pay attention. No bathroom breaks allowed!

Though I’m interested to see how Sponitz and his fellow writers handle what is a very complicated ending that asks very existentialist questions, I don’t think I’m going to be rereading the book any time soon. To paraphrase Sex and The City:

I’m still not that into Dick.