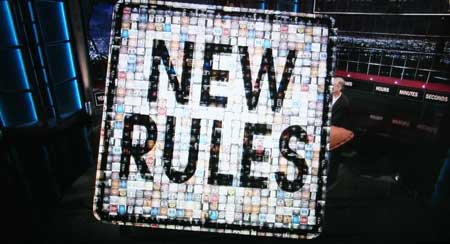 God help me I love the comics industry even more. My reason for this foolishness? The comics industry is full of really wonderful, wonderful (YEP TWICE) people. On the flipside, if you’ve met me you’re aware more than a few assholes stalk the floor at Comic Con.

I know it’s hard to believe but there are people in the industry who think I’m an asshole. I’m not the kind of person to label others because they label me. I’m above all that high school crap. I refuse to create falsehoods in response to falsehoods created about me. I deal in facts, people, and it’s a fact the people who think I’m an asshole fall into one of three categories:

WHY am I so sure the people who think I’m a asshole are cowards, punks, or pussies? Because no one in the comic book industry has ever stepped to my face and told me that’s what they think. Instead with the silliness of a high school full of short bus students they talk among themselves.

You would think they would know by now that in high school nobody keeps shit to themselves.

Regardless of what people think of me, they can’t deny I’m one successful mofo. They can’t deny it but they do try and explain it. I’m a lucky self-centered con man.

My haters are not just jealous assholes, they be stupid also. ‘Lucky’ means ‘good’ luck. I’m so far from lucky; I’d sell my soul for some lucky right now.

Bad luck is something I have an abundance of and after two years it shows no sign of losing the ‘bad’ and adding a ‘y.’ Sorry haters, I’m not successful because I’m blessed with good fortune, in fact I’m cursed with just the opposite. The last two years have been extra crazy for sure but my entire life has been filled with tragedy after soap opera tragedy.

Yet, as Sir Elton puts it, I’m still standing.

I’m also still alive and I’m still successful. Granted, I gauge success differently than most. Haters gauge success by making a lot of money and living a certain lifestyle. Been there, doing that. I don’t consider myself successful in any way shape or form because I made bank. The world may think someone is successful based on money however if that someone does not think they are, they are not.

I’ve been poor, so it’s nice not having to worry about paying bills. I may be poor again because I simply care little about money, won’t kiss ass for a check and refuse to buy into the spinning rims, buy expensive shit NOBODY needs just so others know you got coin.

My objective in comics and life is to help young people of color achieve their dreams by becoming whatever they want and beyond.

That’s also why I don’t pretend to be something I’m not. I’m not anyone’s bitch so no amount of money will allow access to my ass. So, I reject loudly and with purpose all attempts to demean, disrespect, and dismiss me.

It seems I was right to do so.

I’ve said for years that comics are Hollywood’s bitch. That’s true, but what the big publishing boys would have you think is they are just as much Hollywood’s bitch as everyone else in the industry is.

They are not; well, not anymore.

When Disney brought Marvel the biggest shock wave was felt at DC Comics. I predicted the change at the top (Paul Levitz) and the move to L.A. I didn’t predict the speed in which it would happen but I sure as shit got everything else right.

Denys Cowan called and told me the news the day Marvel joined (JOINED?? BAH…HAHAHAHAHAHA!!) Disney. My first words after “OH SHIT!!!” were “Paul Levitz is out of a job.” If you know or meet Denys feel free to ask him. He and I have a riff in our 30-year friendship now but he’s not one to deny something said to him.

With that move Disney woke the entertainment world up to what comics really can do, and Warner has not gone back to sleep since.

I saw that event with the same awareness that I see that creators had better pay a lot more attention to the disrespect the industry receives from Hollywood, because its going to get worse. Don’t think that disrespect is a big thing? Wait until something you created or co-created is being developed and you find out by reading about it in the Washington Post or a zillion other scenarios, which favor Hollywood.

Mickey Mouse is now top dog in all things comic book and the goldmine of BANK that comes from them. Disney is a great company, yet some hate them because they are Disney. They don’t give a fuck what anyone outside of Disney thinks; you can’t argue the fact it works for them.

Warner Brothers and DC Comics do give a fuck. “Disney’s success with Marvel shows us what’s possible.” Kevin Tsujihara, chief executive officer of Warner Bros, said that a year ago.

Think about that for a moment. DISNEY had to SHOW Warner how it’s done.

That cannot make any CEO or Board Of Directors happy. Frankly it’s embarrassing, and because of such somebody has got to pay. A LOT of somebodies in fact. Those who still have their jobs at Marvel and DC are under what Bill Maher calls ‘new rules.’

First among those rules at Marvel, do what Mickey says and at DC? Do what Mickey does. “Disney’s success with Marvel shows us what’s possible.” Can’t get any clearer than that.

What Mickey does best is serve Mickey, and some creators better realize the way Disney operates is on a whole other level. That level includes an attention to detail not even thought about by many creators in comics. That detail means creators must operate like a business, not a freelancer. Editors will be less likely to let much slide, and quick to remove what they deem a problem.

No editor is going to let any artist cost him or her his or her job. So the people who are going to end up fucked the most under the new rules of comics will be creators.

All that high school bullshit would not be tolerated at Disney and since they now run the comics industry it won’t be tolerated in comics and its not. Take a good look at who’s gone and who’s doing what and why.

I’m committed to young talent and although many within may think I’m an asshole, I’m always been committed to getting the respect for the industry I so love.

Lastly, Disney never does anything half ass. Certain comic book websites best start vetting information. When Mickey sees something straight up wrong about their properties, they take action. Trust me. the writing is on the wall.