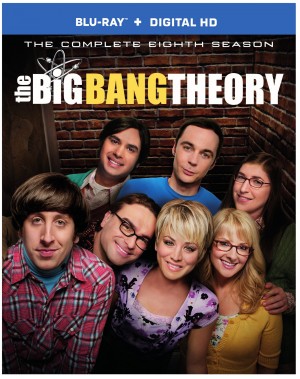 While one of the strongest ensembles on television today, The Big Bang Theory has come to revolve around the socially awkward Sheldon (Jim Parsons), so it makes perfect sense that the eighth season began and ended with the brilliant scientist. Sandwiched in-between, the series slowly advanced the cast of characters through their lives and thankfully Chuck Lorre has not prevented them from growing.

Warner Bros Home Entertainment releases The Big Bang Theory The Complete Eighth Season this week and the combo pack contains all 245 episodes on Blu-ray and Digital HD. We open with Sheldon, 45 days after leaving on a train, only to call Leonard (Johnny Galecki) to come rescue him from Kingman, Arizona. Accompany him is Amy (Mayim Bialik), who has been hurt by Sheldon’s actions, which remains a recurring theme through the season, setting up the finale, where she puts their relationship on hold just as he was about to propose.

While their relationship foundered, the real winner this year has to be Penny (Kaley Cuoco-Sweeting) since she has come to realize she won’t make it as an actress and gives up waitressing to become a pharmaceutical salesman. And guess what? She’s good at it and is finally making money so we see how this does and does not change her as she and Leonard keep talking about their impending marriage.

The character who may have grown the most this season was Raj (Kunal Nayyar). Not only has he felt comfortable speaking to women, but he has endured one breakup and is now involved with Emily (Laura Spencer). At first, we think it’s an odd but sweet pairing but by the finale, we realize just how creepy she is which apparently propels Raj’s arc in the coming ninth season.

The season is also one of loss. First, and perhaps to foreshadow matters, the team clean out the office of a decease 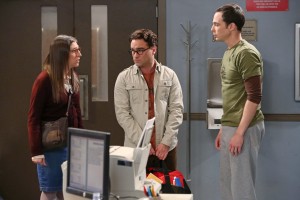 d professor and find a bottle of champagne he had stored for the day he made his big discovery, which never happened. And then, just as Stuart (Kevin Sussman) reopens the comic book store, Howard (Simon Helberg) learns of his mother’s death (prompted by the quick death of actress Carol Ann Susi). The remainder of the season follows the repercussions of her absence culminating in the wonderfully touching “The Leftover Thermalization”. 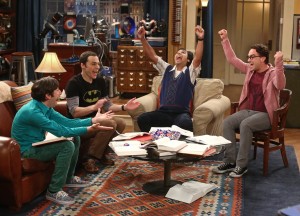 The season is filled with all the usual supporting players without losing the focus on the core characters, as the guests serve as foils such as when Wil Wheaton and Penny discuss the horrible film they made together. In some ways the strongest episode of the season is a result of the combustible meeting between Mary Cooper (Laurie Metcalf) and Beverly Hofstadler (Christine Beranski). And the geek quotient may have been diluted by the various romantic entanglements, it is not gone. The impromptu visit to Skywalker Ranch was a highlight.

The season-long threads come to a head in the finale which sees Sheldon and Amy in crisis while Leonard and Penny are ion the process of eloping. If there’s a false note in any of the brilliance, it’s Penny’s overreaction to the news that Leonard had a drunken kiss with a colleague while in Antarctica. Given her sexual past, her reaction, spilling into the season premiere in a few weeks, rings falsely. 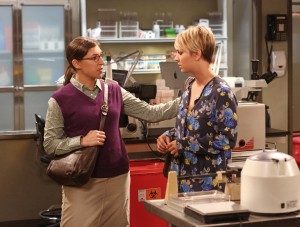 Still, the series has sustained its premise and become a rich, endearing, and still uproariously funny series. The high definition transfer and audio are superb. There are six special features spaced between the two discs. We have the 2014 Comic-Con Panel, which is interesting for archival purposes, and Shooting Stars: BBT on BBT, a cleverly named bit about Billy Bon Thornton’s turn as a lecherous doctor.

It’s a Quark…It’s an Atom…It’s the #BBTSuperfnas! Which shows the winners of the international contest brought to the soundstage. While engaging, it would have been nicer to show us how they won and the challenges that earned them the points. Best is the loving tribute Here’s to You, Carol Ann Susi and cast and crew talked about the unseen actress’ impact on them and their characters. Finally, there’s a lengthy Gag Reel showing that the complicated dialogue is quite difficult to master.