We’re proud to announce the cover artist for the hardcover edition of The Whisper Campaign… David Finch! 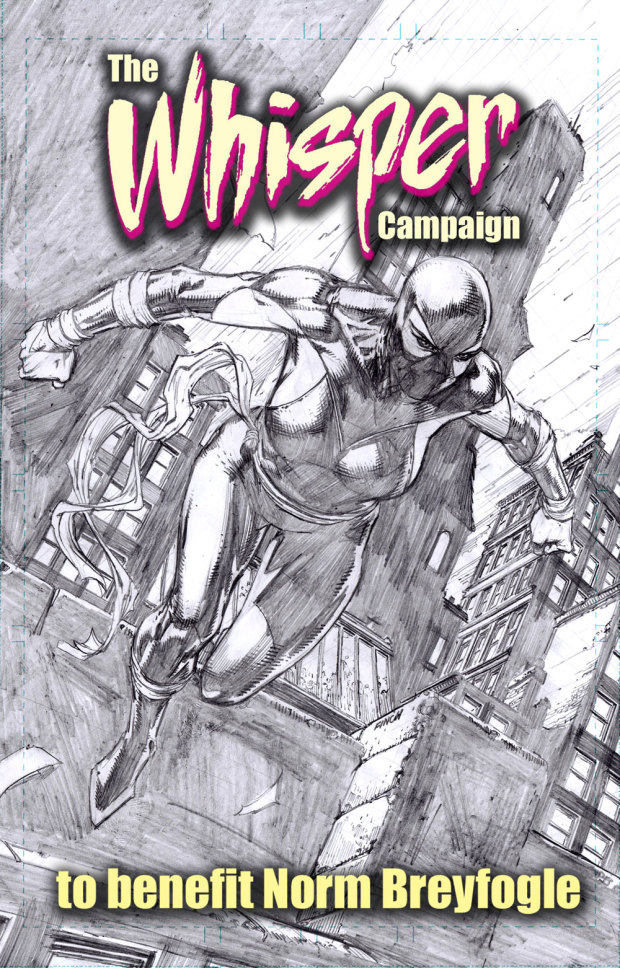 David Finch is known to comics fans far and wide for… oh, where do we start? He’s drawn Batman, Justice League of America, Avengers, and is currently drawing Wonder Woman for DC. He’s been a fan of Norm Breyfogle’s since his work on Prime for Malibu, and was thrilled to help out. He’s also making the original cover art available as a perk to add to the money raised.

So get yours now— as of this writing, we’ve only got 215 hardcover copies left!