Martha Thomases, Mistress of the Universe? 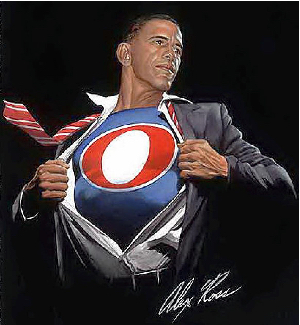 It’s probably a good thing that I’m not in charge of the universe. Aside from the randomness of my whims, I am easily distracted by the shiny.

And I’m not good at debates. I froth at the mouth when I get angry, and my opinions require more evidence than I can supply in 90 seconds.

Still, I think political discourse is important. And, with a big election ahead of us next year, I think that comic book conventions might be good places to have it.

I’m not saying that we should invite more political candidates to comic book conventions. First, let’s invite more women and people of color and more LGBTQ creators. However, I do think that the people who shape our beloved medium have political (and moral and ethical) opinions that might be of interest to their fans, especially in regards to how these opinions shape their work.

Neither am I saying that panels should feature panelists arguing in favor one political party or another. Rather, let’s hear them talk about how issues – climate change, economic inequality, the Middle East, reproductive rights, the role of religion in the legal system, immigration – affect the kinds of stories they tell.

Decades ago, when I was first reading Philip K. Dick’s work, I remember being surprised by how many of his stories relied on the assumption that the temperature of the planet would rise drastically in the next century. This was long before the term “global warming” was a common expression in general discourse. It was an interesting nuance to his world-building: people had to stay indoors a lot more than they do today, and needed lots and lots more protective clothing. Later, I read a story of his that was very strongly anti-abortion. Politically, I disagreed with him, but it was still an interesting read. And it was a much more effective way to understand the positions of a person with whom I disagreed than the kind of screaming and yelling that passes as debate on our modern media.

Lots and lots of people who work in comics are progressives. Lots and lots are conservative. (If you click on that link, don’t read the comments. Really. Don’t read them.) For the most part, comic book fans are so used to being marginalized that we overlook these differences among ourselves to revel in the joy of finding others who like comics.

I think we can use this to our advantage in the marketplace of ideas.

The panels I imagine wouldn’t be intentionally slanted towards one position or another. The moderator wouldn’t have an agenda. Instead, creators would talk about how the issues of the day influence them creatively. I imagine this would mostly be about superhero comics, with their overlays of science fiction and fantasy. I may think that because of the Philip K. Dick stories I mentioned above.

Certainly, people who have rented booth space can express themselves in whatever ways the convention permits.  This isn’t even anything new. At all sorts of conventions, I’ve seen lots of items for sale that I liked and didn’t like. That’s cool. As long as I’m not personally hassled, I don’t care how anyone else spends their leisure time or dollars.

(Note: I consider myself personally hassled if someone shoots endangered species, describes another person only in relationship to that person’s sexual characteristics, or economically exploits people. I have boundary issues.)

The world is starting to notice that comic book fans are not all like the stereotypical fat kid living in his parents’ basement. As a group, we’re pretty well-educated and productive. We know things.

Let’s use these powers for good.