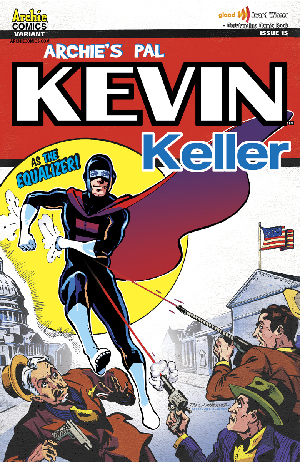 Friday was a landmark day for this country. The Supreme Court effectively said that same sex marriage was legal in all 50 states. In doing that, they reflected the views of American citizens: 63% of us have said they think same sex marriage should be legal. It’s been a majority opinion since 2010 when a CNN poll first reported it.

This would have been unthinkable just a few years before that. Part of the change is due to our own pop culture. Depictions of LGBT individuals have proliferated over the years. Think of the uproar when Ellen DeGeneres came out as a lesbian back in 1997 with her character on her sit-com, Ellen, also coming out a short time later. The uproar that followed!

Contrast that with her talk show that started seven years later. She has also hosted the Academy Awards, the Grammys, and the Primetime Emmys. She’s been a hugely successful stand up comedienne. She was the voice of Dory in Finding Nemo. She’s beloved today.

And she changed peoples’ perceptions of LGBT. She was in peoples’ homes, in their living rooms, on the TV. TV is a member of the family in most households and, by extension, so are the people who are on it. She wasn’t alien; she was human and she made us recognize that.

In 1998, Will and Grace premiered on NBC starring Eric McCormack and Debra Messing as a gay man and his straight female friend. (McCormack, it should be noted, is not gay; that’s why they call it acting, folks.) It was hugely successful during its eight seasons. And it dealt with many LGBT issues, dramatizing them for the American audience. It made people aware of LGBT people and the fact that they were people. The sexual orientation might be different but so many other concerns and likes mirrored everyone else.

In 2003, Queer Eye (for the Straight Guy) debuted in which five gay men would do a make-over of a straight man, including where he lived, what he wore, what he ate, how he looked, and even how he acted. Some felt the Fab Five (as Ted Allen, Kyan Douglas, Thom Filicia, Carson Kressley and Jai Rodriguez were collectively known) were stereotypes and it’s true that the show never got into the Fab Five other than their on-air personalities. Nor did we see them with significant others.

I think that misses a big point. Queer Eye, like the other two shows, was welcomed into the general public’s living room. So many people didn’t know anyone who was gay (or didn’t know that they knew someone who was gay) suddenly knew a few. And liked them. And weren’t threatened by them.

They – as well as Ellen and Will and Grace – also gave to other LGBT, including young ones, people to admire and look up to. Someone to identify with. They were no longer alone.

There have been gay and lesbian characters in comics, though not as prevalent as other media. I worked in some gay issues and characters in both The Spectre and Suicide Squad. In the latter, a mechanic in the support team for the Squad (Mitch Sekofsky) was a gay father.

There have been LGBT characters at different companies. Marvel has had Northstar, Wildstorm/DC has Midnight and Apollo, Batwoman, Rene Montoya, and many others. Archie Comics (Archie Comics?!) famously introduced an openly gay character in Kevin Keller in his own mini-series and digests and the issue where he got married to his boyfriend sold hugely. The Buffy comic series, following up on the very popular TV series has several lesbian characters. Buffy herself experimented in a one-night stand with another woman.

There have also been any number of open LGBT creators, artists, and writers in comics. Some, like Howard Cruise, have openly explored gay themes in their work. Others simply work in comics and write all kinds of characters with all kinds of themes. Their life experience, who they are, informs their work, as my life experience informs mine. That’s called being human.

Pop culture has had a significant role in changing public perceptions of LGBT. Not perfectly. Pop culture more often reflects public perception rather than shapes it. However, it can open eyes, not by confronting but rather by showing us that LGBT people are, well, people like you and me.