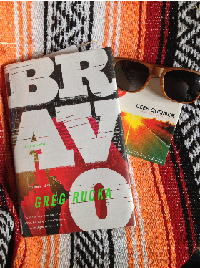 We’ve all got too much on our plate. On top of that, pop culture enthusiasts like us are enjoying a surfeit of geekiness. Some would argue that there are too many excellent comics, movies and TV shows available today. We all have to pick and choose. My co-worker, Kris Longo, the entrepreneurial wizard who runs Geek Riot Media, has been heard to say “I’m not taking on any new series” now and again. He has a maturity (that I lack) to be able to limit his fictional intake at any given time. And who can blame him?

But despite all this, I think the summer is the perfect time to dive into in a new beach book. No matter how busy you are, how many problems you have or how overdue that oil change is, there’s something magical about getting lost in a summer beach book. And it’s especially magical when the sun is beating down on your SPF-soaked skin and your feet are wriggling in the sand. 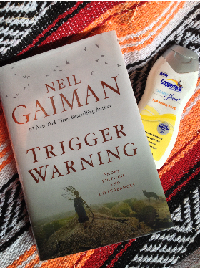 As this column focuses on the influence and impact of geek culture upon the world at large, let’s explore how a few brilliant comic creators are providing what could be this season’s best beach book. These writers, who all make great contributions to comics, have new books out that would be ideal to pack in your beach bag, right next to the sunglasses.

First up: Greg Rucka. He’s been creating fantastic comics for numerous publishers including DC (Batman, Wonder Woman), Marvel (Black Widow, Daredevil), Oni (Stumptown, Queen and Country) and now Image (Lazarus). His latest novel, Bravo, is a military adventure that follows ex-Special Forces operative Jad Bell and a fascinating new character, Petra Nessuno. She’s just been brought “in from the cold” after a prolonged undercover assignment. This is the second book in this series, and even though I didn’t read the first one, Rucka quickly got me up to speed and I felt as if I didn’t miss a beat. It’s a hard driving adventure, but Rucka flexes his writer’s chops with effortless ease, tossing out lovely phrases when you least expect them. It moves briskly and is a tough one to set down. Bravo is available July 22nd from Mulholland Books. 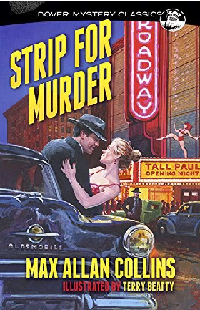 At this point, Neil Gaiman is probably less a comics writer and more a prose author, but I wanted an excuse to read his latest. Trigger Warning is a collection of short stories, and although I usually read novels and business books, I try to slip in short story collections once in a while. For me, reading a few short stories provides a feeling of accomplishment. I often don’t even finish the entire collection. But with this one you might, as it’s packed with geek favorites, including a Sherlock Holmes adventure, a Doctor Who story and tale that revisits characters form Gaiman’s own American Gods. So many of these stories, like the Man Who Forgot Ray Bradbury or the one about an uninventor, seduce you with a clever premise and leave you wanting more once you’ve finished. Although HarperCollins’ William Morrow imprint released this in February, it’s still a fantastic candidate for the shore.

Ms. Tree, Wild Dog. Road to Perdition and a few of the coolest Batman stories of the 80s were all gifts from the talented Max Allan Collins. If you haven’t read his books yet, it’s time to treat yourself. He’s had a long career creating his own characters, (Nate Heller, Quarry), building the legend of real heroes (Elliot Ness) and partnering with his own hero (Mickey Spillane) to bring fans new Mike Hammer mysteries. But his latest book, Strip For Murder, is a 1950s mystery that takes the reader through the world of comic strips. And to make things even cooler, Terry Beatty, his longtime collaborator on Ms. Tree, provides the moody illustrations. Now, a little bird told me that my wonderful kids might have purchased this as a Father’s Day gift, so I haven’t read it yet. But given my track record of enjoying Max Allan Collins stories, I know this is going be great and have no qualms about recommending it to you. 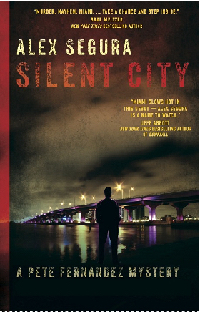 You might know Alex Segura for his impressive work publicizing Archie Comics and DC comics, or as the guiding force of the current Dark Circle imprint at Archie, but he’s also an author and musician. His Silent City, a modern day noir thriller, is a well-written mystery. Segura uses this novel to set up his Miami-based detective character, but has also infused the narrative with a soundtrack based on his own favorite tunes. Codorus released Silent City in late 2013, so it’s now also available in paperback – just waiting for you to enjoy it this summer and get some sand between the pages.

See you at the shore!