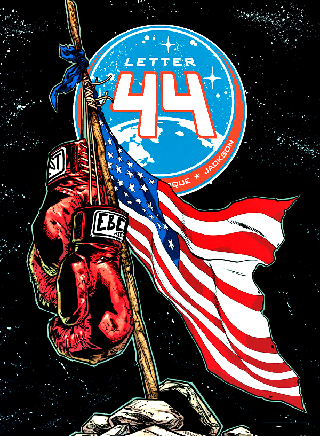 Yesterday, in a fit of inertia, I watched five episodes of Bosch on Amazon Prime. The show is based on Hieronymus “Harry” Bosch, a detective in a series of terrific books by Michael Connelly.

It’s a good enough show, at least so far. It moves at its own pace, so I had plenty of time to wonder about weird, related stuff. Would I look like star Titus Welliver if I was a man, since we have the same bags under our eyes and the same beginner jowls? Don’t the female characters in the books have more to do than look at Harry with adoring eyes? Is that a part of Los Angeles I’ve been to, or has it been in a million other movies? Why aren’t there more food trucks in the LA on this show? Why aren’t there more food trucks in my neighborhood right now?

Once I was satisfied with my answers to those questions, I started to compare the phenomenon of binge-watching to reading a collected trade paperback collection of comic book series.

It is most satisfying to binge-watch programs made to be binged. By this, I mean that Orange Is the New Black, House of Cards, Grace and Frankie and, yes, Bosch work better than American network shows like Supernatural (which I’m trying to get into because it’s a popular Internet meme and I should know what’s going on) or even Buffy, the Vampire Slayer. Television shows can work when you watch them once a week, when you need to be reminded who the different characters are and what happened. When you watch them all at once, it’s really annoying to be told the same things over and over (and over and over) again.

However, watching, say, the fifth episode of Bosch (or any other show designed for bingeing) would be less satisfying than watching the fifth episode of Buffy because of that lack of repetition. Each episode of a network drama is designed to be self-contained. When you watch any episode, you can tell who the main characters are, what kind of people they are, and what is at stake for them.

When I started to read comic books, each issue was designed to be self-contained. Regular readers might know more about the backgrounds of the characters, but the publishers knew that every issue might be somebody’s first. Every issue had a beginning, a middle and an end.

Even in the 1990s, when comic book sagas were planned to span several issues, each issue still had a complete story. If there was something from a previous issue that the reader needed to know, the creators and editors found a way to work that in, either with a flashback or dialogue. The best-selling collected edition at the time, The Death of Superman, can be maddening to read in one sitting, precisely because the necessary plot points are repeated so often.

The inside-out version of this is also true, at least for me. When I read a series that seems to be designed to be collected, I often forget what’s happening between issues (and I can’t always find my previous issues, but that’s a house-keeping problem of mine, not a general cultural crisis). Most recently, I notice this with Letter 44, a series I really like. And I’d like it much better if I could remember who the good guys and bad guys were from one issue to the next.

Comic book economics are such that it is not always possible to publish a graphic novel all at once. Those monthly pamphlets let the publishers amortize the costs over a longer term, so there is less risk. I get that. I get that so much that I want to support unusual work that needs my money upfront, at the pamphlet stage. I want artists and writers to get paid as often as possible.

There has to be a better way to do this than we’re doing it now. Either we need a better publishing plan, or we need better drugs for my memory.