Beware the Batman Season 1 Part 1 Out Next Week 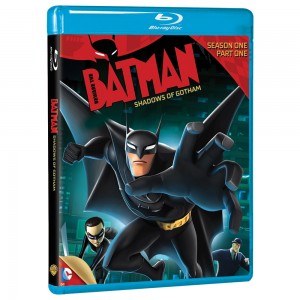 BURBANK, CA (February 14, 2014) – The caped crusader continues to conquer Gotham City’s villains with the Blu-ray™ and DVD release of Beware The Batman: Shadows of Gotham, Season 1 Part 1 from Warner Bros. Home Entertainment, Warner Bros. Animation and DC Entertainment. Batman and his trusted friends Alfred and Katana band together in the series’ first 13 episodes to face the twisted machinations of Gotham City’s criminal underworld. 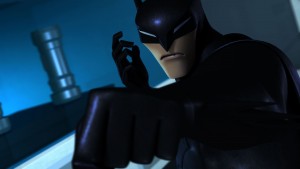 Beware the Batman Season 1 Part 1 is available for the first time on both Blu-ray™ and DVD next Tuesday, February 18, 2014. Warner Bros. Home Entertainment offers a two-disc DVD set ($19.97 SRP), while the single-disc Blu-ray™ is available from Warner Archive Collection for $19.95 via shop.warnerarchive.com and wbshop.com. 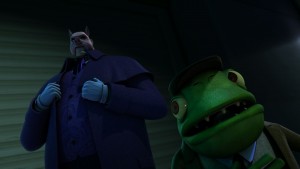 Batman swings into an exhilarating new age, teaming with a powerful allies old and new for a thrilling new take on the classic Dark Knight franchise in Beware the Batman: Shadows of Gotham, Season 1 Part 1. The new action-packed detective thriller incorporates Batman’s core characters with a rogue’s gallery of criminals as the Caped Crusader faces some of Gotham City’s most despicable villains. Through the show’s first 13 animated adventures of this two-disc collection, ex-secret agent Alfred and lethal swordstress Katana join Batman to takes on an array of evildoers including the likes of Anarky, Professor Pyg, Mister Toad and Magpie. This thrilling series redefines what we have come to know as the “Batman show” and is sure to excite fans with cutting-edge CGI visuals.

“Warner Bros. Home Entertainment is delighted to begin this exhilarating animated Batman series with the release of Beware The Batman: Shadows of Gotham, Season 1 Part 1,” Mary Ellen Thomas, Warner Bros. Home Entertainment Vice President, Family & Animation and Partner Brands Marketing. “Fans will be excited to see their favorite super hero up against a whole new set of villains from the DC Universe to continue the expansion of the Dark Knight franchise!”