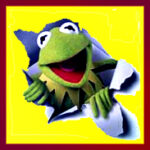 Of the myriad of characters that exist in Westeros, apparently I’m most similar to Tyrion Lannister. When it comes to the cast at Hogwarts, I could stand in for Hermione. And in a galaxy far, far away, I’m interchangeable with R2-D2. All of these results were drawn from online quizzes, but I probably didn’t have to tell you that. Your Facebook feed is likely as full as mine of results to the same (or similar) questionnaires.

The first memory I have of a “where would you fit in the world of (insert pop culture reference here)” quiz is one featuring the Hogwarts Sorting Hat placing the user in one of the school’s four houses. I recall seeing it online shortly after Harry Potter and the Sorcerer’s Stone became a huge hit in theaters, and my reaction to it was, How cute, I bet little kids will get a kick out of doing that. Today though, this bite-size pop culture personalization is a daily occurrence amongst my adult friends. With so much of ourselves represented in social media, it’s natural to want our interests in entertainment reflected there, but lately I’ve been wondering why that expression now comes so commonly in this quiz form.

I’m sure some of the draw is in the unique style of fan service these quizzes offer. They encourage geeking out by breaking down shows and movies in a way only fans would understand, and do so in an interactive and personalized manner. Obviously anyone could take a quiz to learn which companion they’d be if they found themselves in the TARDIS, but only a Doctor Who fan would appreciate the difference between being told they’re a Donna or an Amy. This active invitation to the user to move beyond simply thinking about the property’s world and into thinking of themselves as part of the property’s world is hard to replicate in other things aimed at fans. And since fancying yourself similar to a character you love is obviously going to be flattering, it’s no surprise the bulk of these questionnaires are aimed at telling people which character they’re most like.

So the impetus to take the quizzes makes sense. But why post the results on Facebook? Sure, sharing our favorite entertainment with friends is nothing new, but proclaiming I love the BBC’s Sherlock is very different from posting that I got Sherlock Holmes in a “Which Sherlock Character Are You?” quiz. The former reveals one of my pop culture touchstones, but the latter takes things a step further by letting me define a bit of myself with that specific touchstone acting as a yardstick. And silly as it might be, I have to admit it’s actually possible to tell things about people based on their results.

This week, a questionnaire telling the user what Muppet they would be was particularly popular amongst my friends. Looking at which Henson creation everyone got, I saw a correlation between the traits of their designated Muppet and the traits those friends prize in real life.

Is this a shallow way to think about people? Yes. But, weirdly, it works, at least to a certain extent. It also explains something I hadn’t ever understood before: people answering the questions in a way they think will yield a particular result, or re-taking a quiz until they get their desired answer. If we put enough stock in the results to be pleased when aligned with a favorite character, and we find other people’s results to the same quiz to be generally accurate, then I suppose it stands to reason that receiving a result comparing ourselves to characters we don’t like would be undesirable.

At the end of the day though, the lifespan of the results of these quizzes is the same as that of the quizzes themselves: extremely short. Accurate or not, today’s Downton Abbey questionnaire will be replaced by one about The Hunger Games tomorrow, and both will be forgotten by next week. But maybe this actually contributes to the popularity of these quizzes in a way; they’re quick bursts of fandom made no less fun for their brevity. If movies and TV act as pop culture meals, then these questionnaires are pop culture amuse-bouches. And they fulfill that role well.

Now if you’ll excuse me, I’m going to see if I can get someone other than Lady Edith on this Downton quiz.