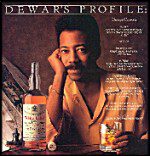 Mike Gold is going to kill me. Again, It’s pushing 9pm PST and this article is just now being put together. This time I did wait until the last minute.

No excuses. I had a horrible falling out with a loved one that and a recent rash of random negative bullshit has totally thrown me completely off my game.

And yes, I’m about to have a pity party. I’m due. I haven’t had one since…never.

I personally sent out invitations to 30 people in advance of the VIP invite list. These were those I felt I must share what I knew would be one of the greatest events in my life the opening of Milestones: African Americans In Comics, Pop Culture & Beyond.

My invites reached zero people for whatever reason, so 10 days or so before I’m sending them out again and for all 30 I write a personal note apologizing for the late notice and pleading for them to attend. The longest and most heartfelt was written to my 10th grade art teacher Ms. Renee Darvin.

Less than five minutes after I sent that note I find out she died. I’m a wreck for a few days, but I carry on.

Tatiana El Khouri, my co-curator for the show, saveed my ass. I was useless. Every major decision made over the next few days was all Tatiana. I was just looking to put my fist in a wall or someone’s face.

So there was that.

Speaking of which, I’m currently doing 300 hours of community service for (almost) putting my fist in someone face.

Now about those 300 hours…I was twice given the wrong information from the genius that work for the court so it’s impossible to complete the hours by my due date.

So there was that.

The Milestones show was always to feature the art of Denys Cowan as the centerpiece. Yeah, he’s my best friend but he’s also Denys Fucking Cowan. Without whom Milestone Media would never have happened and as such the Milestones show would have never been.

If for some reason that does not impress you consider this; a month or so ago Jay Leno had Quinton Tarantino as his guest and Jay held up the Django Unchained hardcover opened to Deny’s work. There were a number of artists in the volume but Quinton choose Denys’.

Well, when your fan boy ass sits down to Martin Scorsese’s latest masterpiece; The Wolf Of Wall Street, ask yourself why you are not impressed when Denys’ face appears right smack in the middle of the film by way of an magazine ad he was featured in back in 1989.

People at their level do nothing by chance. You don’t show 20 million television viewers a random page in a graphic novel nor do you display a random magazine ad in a 100 million dollar movie.

All 28 pieces of his work were lost (bullshit, stolen…in my opinion) by UPS.

I’ve been dealing with that for the last three weeks. Then a few days ago I had a horrible falling out with one of the loves of my life and said some horrible things and even if I was right to say them I shouldn’t have.

Then a dog that wasn’t even one of my dogs (my dogs know better) pissed on my X-Box. It still works, hence the dogs still lives.

Then the ultimate blow.

Everyone knows Christmas is my favorite time of year.

This year, no Christmas spirit and on Christmas day I was alone. I made it a point to whine like a little bitch to my dear beloved Lucy who tried her best to bring me out of my funk.

Like I said, I’ve never had a pity party but it’s my gift to myself and I was feeling pretty good about my pity party when I thought of the Christmas Eve gift I received in the form of a call from three of my former students, Felix Serrano, John Giuffo and Jean Segarra.

Man, that was great. But I figured I could still manage a pretty good pity party with that wonderful present but then I thought of the following…

Not a word. Not a fucking word.

Denys knew days before the opening his most prized work was gone, perhaps forever. He was heartbroken. I’ve seen him like that only twice in our 30 plus year friendship. Once was when the woman who raised him died, his grandmother and again when his grandfather died.

This was just like that. It was like a death in his family. Yeah, I knew. His family knew, but the hundred plus people who were the selected few invited to the opening of Milestones? Some of which were lifelong friends? Some of the most important sure to be sympathetic people in the industry?

Denys said not a word to anyone about the massive pain he was feeling in so doing he ruined my perfectly good pity party with his class and dignity.

All I can do now is make good on my promise I made the second after I told Denys his work was missing; “Trust me, you will get your work back. Every single page. I can’t say exactly when or under what circumstance but every single page will be back in your hands. Some UPS motherfucker is about to realize they opened the wrong box and when asked why UPS sends their packages Fed-Ex his great grandson will answer Denys Fucking Cowan.”