REVIEW: The Day of the Doctor Blu Ray 3D / DVD 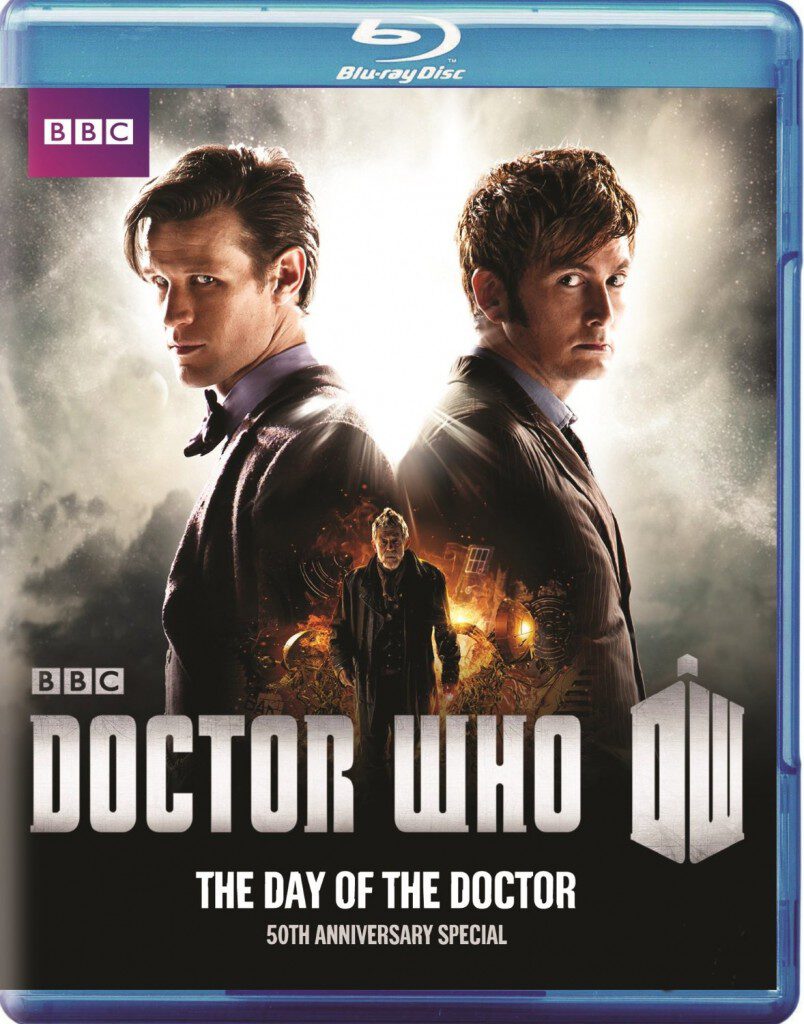 The Day of the Doctor was everything the fans were hoping for, and the new Blu Ray 3D / DVD combo set is a perfect way to hang onto the adventure in perpetuity if you don’t want to take up space on your DVR.

The star of the package is the anniversary episode itself. The picture is perfect , with detail aplenty for those who weren’t lucky enough to catch the episode on BBC America in HD, or in the theaters.  As yr. obvt. svt reviewed and analyzed here on this site it features both Matt Smith and David Tennant, plus a heretofore unseen Doctor, played by John Hurt, teased in the last episode of the seventh season.  They all meet when the “War Doctor” chooses to destroy both armies of the great Time War, but is given a second chance to reconsider by an unexpected source – the very weapon he plans on using. Throw in Queen Elizabeth the First (AKA Mrs. The Doctor), the return of the Zygons, and a cameo that they kept right up until the end, and you’ve got a real belter.  My god did I love that gulping noise Tennant made every time he gets kissed by the Queen…

The extras are a bit slim, but what there is is cherce. Both mini-episodes are featured; The Last Day, a short adventure that chronicles the fall of Gallifrey’s second greatest city, Arcadia, and The Night of the Doctor, which featured the return of Eighth Doctor Paul McGann,  Both adventures look amazing in Hi-def – McGann’s return to the role is dramatic and gritty.  They did a wonderful job showing what happened to The Doctor through all those missing years.

A feature by BBC America, Doctor Who Explained, offers a great primer for the series.  The teaser trailer is included, as is the much-fabled Comic-Con trailer, which Moffat was able to keep secret to all who weren’t in the room with various threats and saber-rattling.

A pack of collectable trading cards rounds out the set, manufactured by Topps, who have yet to make Doctor Who cards in the US, which rather opens a promising door.  A set of twelve, they form a single collage when assembled.

The Day of the Doctor is available from Amazon.com and all purveyors of things DVDish and Blu-Ray-ey.