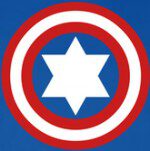 This past weekend, Unshaven Comics closed its convention year out with Detroit Fanfare. In addition to the posh amenities of Dearborn’s finest hotel, we were also graced with the duty of completing a mitzvah: schlepping John Ostrander. Now, far be it from me to pelt you goyim with so much of the Jew-speak, but I’m finding myself a little verklempt. I’d ask that you talk amongst yourselves, but that would require you to skip to the comment bar before I have a chance to say something inflammatory.

Before we get to the meat and potatoes, I want to take a brief time-out to note just how awesome it was to drive John to and from the convention. Outside the small talk all near-strangers are prone to pelt back and forth, I’d like to think that even with as little as four or five hours in cars, or sharing meals, we Unshaven Lads got to know a hero and industry legend a bit more. Aside from sharing column space with the man and trading a few e-mails back and forth, my only other real experience with Mr. Ostrander was a few years back at Unshaven’s first foray at said Fanfare. We broke bread over the breakfast table one morning, and spent the majority of that ride home still convincing ourselves we’d had a meal with someone who took up significant shelf space in our private collections.

Aside from all the Ostrandering we did, Fanfare this year did as we’d hoped: it gave us an opportunity to see a sales gain from the previous year, meet up with old fans, make new ones, and spend just a little time making with the chit-chat amongst our fellow creators. That being said, I got more than a bit Jewy on the car-ride home, after we’d dropped off John. Matt and I, starving, stopped at a McDonalds on the way back to Chicago. Over fresh-from-the-fryer McNuggets (and screw it, real chicken or not, they are damn tasty when you’re starving), I looked over the hard numbers from the year. Specifically, the cost for our table verses the actual sales numbers we pulled down. And here is where the story gets interesting.

As per my witty title, it’s apropos that I open the lid on the jar of facts and figures for Detroit. Two times this year, Unshaven Comics made the trek to the Motor City. In the spring, we attended the aptly named Motor City Comic Con. Housed in nearby Novi, Michigan, the show boasts a large open convention center floor space and a multitude of celebrity guests. The big draws this year? Norman Reedus and Stan Lee. By the power of those names alone, the show suffered from what was later dubbed a humanity bomb, where fans literally waited hours outside the convention hall to even be able to walk in the doors. As creators, our table cost us $268. This was because the show-runners decided that each artist table would cover a single badge. Unshaven Comics’ trifecta-of-triumph required the purchase of two additional badges. By the end of the show, we’d sold 189 books. In 2012, we sold a scant 94 books. The increase of 101% in book sales was certainly enough to allow us to declare a stupendous victory.

Or so it would seem.

As noted, Detroit Fanfare is smart to wait long enough for fans to be hungry for con-goodness, some six months later. Also smart? The show opts to stay away from Detroit proper. The show takes over much of the Adoba Hotel and Suites. Far different from the Suburban Showplace, the hotel-centric con inhabits multiple ballrooms throughout the main floor. Media guests are also par for the course, with this years’ main delights including Billy West, John DiMaggio, and Tyler Mane, to name a few. Unlike Motor City, Unshaven detected no Humanity Bomb. All we really felt was a Walking Dead feeling to the fandom throughout the weekend. With multiple rooms to meander about, fans simply didn’t coagulate in waves like we’re used to in the big rooms. Instead, we simply saw a slow stream of passersby, many of whom were not in much mood to buy. That being said, we rounded out with 143 book sales, besting last year’s 126. Oh, and the table cost? $170, and that’s with the single extra badge we needed to purchase.

When I calculated the final costs of both shows – including gas, hotel, and meals – the numbers didn’t lie. The shows ended up netting Unshaven Comics nearly identical profit. Where Motor City showcased arguably larger stars and boasted a broader attendance, Fanfare’s more affordable table costs and attached hotel (with generous discount) offset a smaller audience. Motor City’s single-room show makes for better traffic flow, but Fanfare’s lower ticket price means fans more likely apt to purchase. At the end of the day, when Unshaven wants to work smarter, the devil is in the details. Fanfare occurs at the tail end of the year, when no other major shows tend to run. Motor City faces off against larger anime conventions and a few Comic Cons to boot. Now that we know we’ll end up with roughly the same amount of money from either? Well, I guess it’s just the best of times to be a lil’ indie publisher.