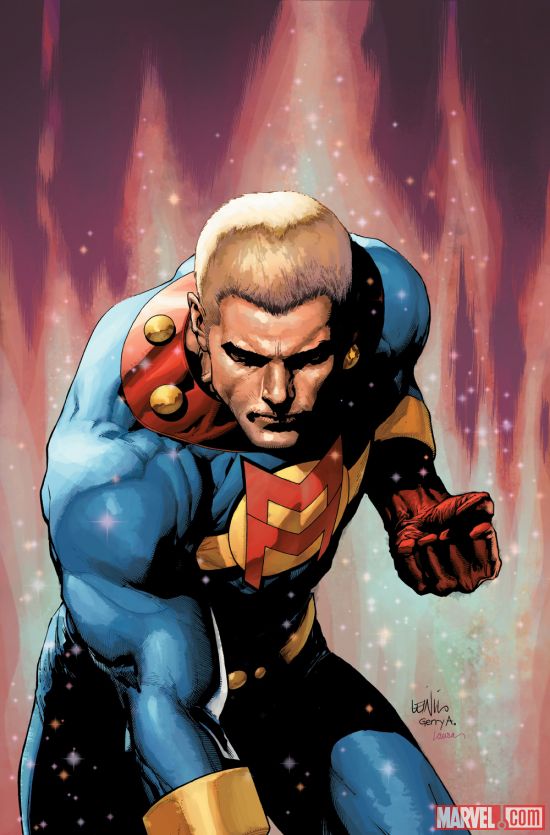 After their first announcement at San Diego four years ago that they had obtained the rights, Marvel Comics announced last weekend at New York Comic Con that reprints of the original Alan Moore / Neil Gaiman Miracleman series would begin in January 2014.  Gaiman will then continue the story with issue 25, which he said was completed, but never released, back when Eclipse was publishing the series.

Joe Quesada made the announcement at his “Cup O’ Joe” panel at the convention, to an appropriately appreciative audience. Marvel will be reprinting the entire series, starting with its first issue as seen in the UK magazine Warrior, reprinted in Eclipse’s Miracleman #1.  The early issues were written by Alan Moore, but his name is not being used in any publicity for the series.

Originally named Marvelman, the character became “Miracleman” in America after Marvel Comics contacted its US publisher, Eclipse, and asked it be changed to avoid confusion in the marketplace.  Marvel, who has been referring to the character as “Marvelman” since their first announcement of the acquisition, has decided to reprint the series under the US title of Miracleman after all.  Tom Brevoort explains, “Gaiman and Buckingham worked on Miracleman, and that’s the name under which the series is best known in the States. So Miracleman it is.”

The series will be re-lettered and re-colored, but there no editing or alteration of the art is planned.  Some of the violence was quite intense in the original series, and issue nine featured very graphic depictions of childbirth, so the plan not to censor the art is good news indeed.

Marvelman was created by Mick Anglo when the British comics publisher who was reprinting the popular Fawcett Captain Marvel needed material when the various Captain Marvel titles ended, pursuant to a DC lawsuit.  Marvelman bore more than a slight thematic resemblance to Captain Marvel – young boys given a word of power to change into a powerful hero – a deliberate choice by the publisher. 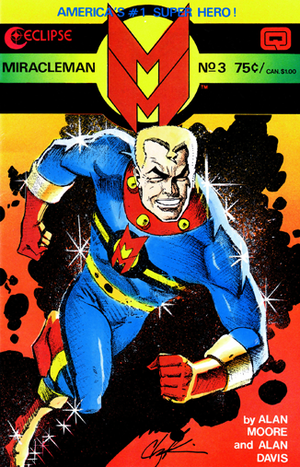 In the early eighties, Alan Moore wrote new adventures for the hero, the first of his “Everything you know is wrong” style of completely revamping a heroes origin while still paying respect and adherence to the stories that were told.  He would do this again with great success on Swamp Thing when he came to the US to work for DC.

The issue of ownership of the character has been a rats’ nest of red tape, even during the original run in Warrior.  To attempt to summarize the tale would not come close to getting across the complexity – The management suggests you seek out the exhaustive work of Irish comics journalist Pádraig Ó Méalóid, whose exhaustive history of the boondoggle puts all obsessive comics writers to shame.

Specific details of the schedule and format of the Miracleman reprints will arrive shortly with the January solicits.  If the book is published monthly, with the same page count of the Eclipse issues, it would Neil’s new material would not be seen for two years.  But considering the nigh-legendary status of the run, new readers will finally have a chance to read this seminal series, both in the careers of the creators involved and the exciting storytelling style.