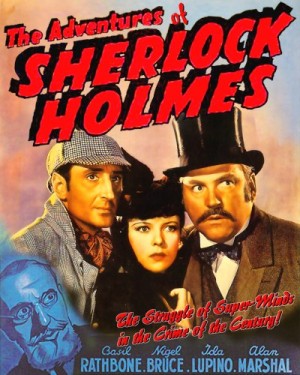 LOS ANGELES, CA (September 26, 2013) – Twentieth Century Fox Home Entertainment is releasing their latest selection of vintage films on DVD from their popular Fox Cinema Archives collection beginning today through October 22. Launched in 2012, Fox Cinema Archives already includes more than 200 classic films drawing from the studio’s deep vault of movies. The collection dives into the studio’s rich catalog to resurrect some of the most memorable films from the 1930s, 40s and 50s.

In the coming weeks, 10 essential titles will be added to Fox Cinema Archives, including classic war, western and film noir fare, giving film buffs the opportunity to enhance their collection by purchasing a variety of iconic films at major top-tier retailers. The release schedule for this wave of titles can be seen below.

Providing the best home entertainment experience possible, Twentieth Century Fox Home Entertainment is committed to bringing classic films from the studio’s vault into the homes of film aficionados and collectors with its Fox Cinema Archives collection. We aim to provide the best home entertainment experience possible for titles released under the Fox Cinema Archives banner, but are often limited to the film’s available source material.

Sherlock Holmes (two-time Oscar-nominee Basil Rathbone) and his partner Watson (Nigel Bruce) investigate the legend of a hound, a creature that may be after the heirs of the famed Baskerville estate where several deaths have occurred on the moor.

Sherlock Holmes (Oscar® nominee Basil Rathbone7) and his partner (Nigel Bruce) are at it again in attempt to stop his greatest Professor Moriarty (George Zucco) and his attempt to steal the Crown Jewels.