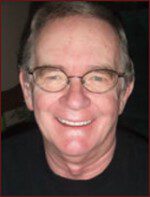 (Reuters) Marvel Comics has agreed to settle a lawsuit by a comic book writer who sued the publisher over the copyright to the flaming-skulled character Ghost Rider.

The agreement, disclosed in a letter filed Friday in U.S. District Court in Manhattan, if finalized would resolve five-years of litigation brought by former Marvel freelancer Gary Friedrich, who claimed he created the motorcycle-riding vigilante.

The Reuters story quoted above is pretty sketchy, but maybe we should celebrate anyway. We don’t know the terms of the deal and we may never know them; the only instance I’m aware of where a comics creator didn’t get creamed when he tried to get paid for the success of a character happened years ago when the late Steve Gerber tried to get a piece of the Howard the Duck action. Steve got some kind of settlement, but the terms of it were never made public, possibly because non-disclosure was a condition of the agreement. Whatever Steve’s reward was, it didn’t make him rich.

I first heard of the Friedrich suit from Gary himself, when we were guests at a small Missouri convention. He couldn’t say much at the time, just that the litigation was happening. I had immediate doubts. As noted above, comics guys had a habit of losing in courthouses. And Gary did lose the first round; a judge smiled upon the corporation. That seemed to end the matter.

Next, Marvel countersued to regain the money Gary had gotten selling Ghost Rider souvenirs at cons. You could argue that Marvel’s legal cadre had to do what they did in order to protect the company’s copyright/trademark – that’s their job, after all, and this is not the place to debate the merits of their livelihood. But I couldn’t help feeling that Gary, a man who lives modestly, was being bullied by a New York behemoth. The money involved could be important to Gary, and wouldn’t make a blip on the corporate accounts.

Then, today, the good news. Gary won an appeal and, barring further legal shenanigans, his retirement became a bit easier.

Anyone familiar with the history of our peculiar medium knows that its dominant narrative is that business guys get fat from the efforts of creative guys, who don’t get fat. (This is pretty well documented: see Larry Tye’s recent history of Superman, Gerry Jones’s Men of Tomorrow, and a lot of journalism in Roy Thomas’s magazine, Alter Ego.)  But their are indications of change – glacially slow change, to be sure, but change nonetheless. When I cashed my first comic book check, we pale scriveners got a flat, one-time-only payment, for which we relinquished all rights. No royalties, no foreign income, nothing for use in other media, on t shirts, lunchboxes, promotions…None of that’s true anymore. We still don’t own copyrights on work done for the big publishers, but we are guaranteed back-end money. Some might claim that we should get more, but we get something, and that counts as progress. .

Meanwhile, in legal land, Mr. Friedrich won his appeal and, as far as I know, the efforts of the estates of Superman’s creators are still in litigation, and maybe they’ll prevail. It’ll be much too late to do Jerry Siegel and Joe Shuster any good, but it might benefit their descendants.

One of our kids is a lawyer. We love her anyway.