Reviews: “Crazy in the Blood” and “Fangtabulous” 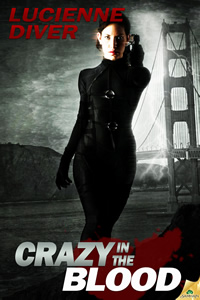 A nutty-crunchy cult, a human-gorgon PI, a family fit for My Big Fat Greek Wedding, hot god guys (not a metaphor), Federal spooks, zombie minions, and a dreamy Italian detective… welcome to San Francisco and Lucienne Diver’s second installment of her Latter-Day Olympians series, Crazy in the Blood, which delivers all that and a gaggle of ghouls (Samhain, $15 trade, July 2013). The story picks up at its usual breakneck pace soon after the events of the first installment and Hell (literally) hath no fury like a pissed-off mom—putting the whole earth and human race in danger in this family feud between god parental units with Dionysus, maenads, and health food in the mix for good measure. Shredded dead bodies are showing up and Uncle Christos has disappeared and his fav niece, part-gorgon PI Tori Karacis, is determined to find him and discover the links, if any, even addicted to ambrosia and…well…Apollo (blond, bad-boy god) vs. her Detective Armani.

Conflicted romance! Dark and light hot dudes! What’s a gal to do?

But Tori is not alone—BFF blonde starlet Christie won’t let her go alone and Hollywood’s made her tougher than she looks. Grandma Yiayia plays air traffic control—she never appears in the novels, so far, save for on the phone. Fabulous office assistant Jesus is the…well…fabulous assistance. Hermes wants a front row seat to the chaos, of course.  And then Thanatos, the Grim Reaper, shows up on papa Hades’ orders, slashing his scythe like the boss that he is. But there is a bit of anti-deus-ex-machina when the Three Fates step in and twist the threads of the plot even twistier. Demeter is the eternally spurned mom. Hades can’t get along with the mother-in-law, and he and Persephone have their marital problems. Bring in Dr. Drew or Phil or…nope.  Bring in the gods and the spooks and Tori’s Scooby gang. There is a fair dose of Buffyverse flavor here, still—hey, learn from the best!—which makes it fun and familiar even for those who’re new to the Blood series. The Romance tropes’re still there, all adult-like, so those fans will stay happy, but this is a cross-genre work that many can enjoy at almost any over-13 or so age. Let the party begin! 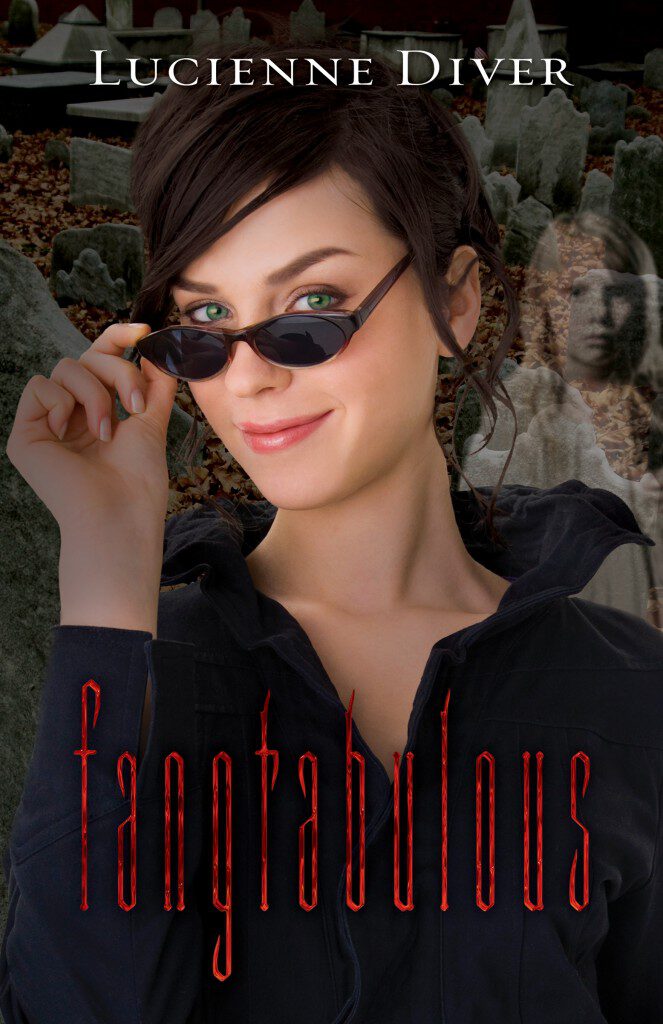 And speaking of parties… we find Gina, Bobby, Marcy, Brent, and the rest of the vampi-nista gang in Salem, Massachusetts (y’know, home of the witch hysteria and trials of old made famous in Arthur Miller’s The Crucible) on the run from the Feds who want them as experimental weapons, battling the Salem Strangler, in Fangtabulous (flux, $9.99 trade/$11.50 Canadian, 2013) #4 in the Vamped series. And it’s all about the magic…from the stage magician to the haunted tours of Salem to the Goths to…the real Big Bads. This volume has all the fun you’d expect from Diver and her gang, but a bit more grit and angst and a dialogue on racism, government corruption, and child abuse that is present but not so heavy-handed as to spoil the fun for younger readers, but surely to be noticed by most readers with a clue. This is not a bad thing, but it does lend the tale a more serious tone amongst the mayhem and quips that are this series’ hallmarks. This is definitely PG-13, with genuine gore and violence, but not gratuitous…no Tarrantino-ing here. And if you know Salem you’ll have the extra bonus of the veracity of the setting. I enjoyed this, in a thoughtful kind of way. The characters growing up. It’s cool. I won’t say more as to keep this a spoiler-free zone.