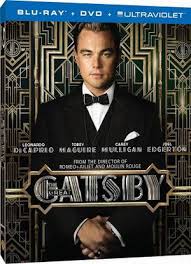 When I read The Great Gatsby in AP English back in 1975, I knew it was considered a literary classic but didn’t fall in love with it, despite East Egg’s source material, Great Neck, was nearby. It was a world of the wealthy and decadent that didn’t make sense to me. More recently, though, I reread it for the first time in preparation for my teaching career. With some experience, age, and wisdom, I came to see F. Scott Fitzgerald’s prose in a new light. I certainly got to appreciate that this was a fresh take class, wealth, and The American Dream.

So, when I heard director Baz Luhrmann was going to bring his visual sensibilities to bringing the novel to the silver screen, I thought this could be a wonderful treat, matching the imaginativeness of his Romeo & Juliet and verve from Moulin Rouge. The casting — from Tobey Maguire’s Nick to Leonardo DiCaprio’s Gatsby – sounded spot on, mixing big names with less familiar ones. That it would be shot in 3-D sounded daring but if anyone could turn a novel into a spectacle, it was Luhrmann.

The resulting film, released last May and out this week on home video, proved interesting but ultimately disappointing. It could be, I and others, expected too much from the director or he just didn’t see the world of Jay Gatsby the way we did. It received mixed reviews and tepid box office for what should have been a box office smash.

Part of the problem could be that he amped things up too much. In what could have been an interesting indictment of the 1920’s one percenters, he chose instead to make things so lavish, so big, so indulgent that it staggered the imagination. Compare the party scenes he shot with the ones glimpsed in the trailer for the 1926 silent adaptation, just a few years after the book’s initial publication. Luhrmann made everything so out of scale, perhaps because of the intended 3-D wow factor, that it felt less like a story and more like a fairy tale (or cautionary tale). 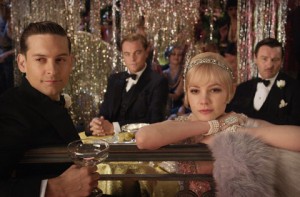 Nick Caraway (Maguire) is the audience’s representative as he slowly gets sucked into the world of the ultra-rich, ultra-secretive Jay Gatsby (DiCaprio). More stories exist about him than actual facts but over the course of the story, we learn that he went from rags to riches through nefarious means and intends to reclaim Daisy (Carey Mulligan) who is clearly in a loveless marriage with the rough and tumble Tom (Joel Edgerton). There are parties, fights, flirtations, fast cars, loose women, and gallons of champagne until things suddenly come to a stop with a finality that signaled the end of the Roaring Twenties.

Of course, the novel’s entire story had to be condensed and even the final cut got further trimmed as Luhrmann honed in tighter and tighter on the relationship between Nick and Jay. There are 27 minutes of deleted scenes with the director explaining how delightful they were but needed to go to remain on topic.

The movie looks right with an amazing eye for detail from dresses to jewelry to wallpaper. As usual, the soundtrack is a living thing, a mixture of period era jazz and modern rap, pulsing to a beat that defined a generation. The performances are solid but not revelatory although credit goes to Isla Fisher and Elizabeth Debicki for breathing some life into their supporting roles as, respectively, Myrtle and Jordan. 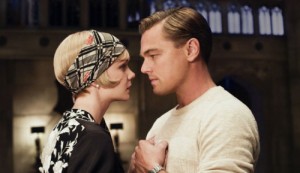 The movie is available in a variety of formats but the combo pack with Blu-ray, DVD, and Ultraviolet is the one most likely to be purchased and the one reviewed. The bonus features are of course on the high definition disc. The transfer is stunning in its color and clarity, living up to the expectations where Luhrmann rarely disappoints. Similarly, the DTS-HD Master Audio 5.1 track properly conveys the aural feel of the era and the music subtly plays away, creating a nice sense of place.

There are a series of short bonus features, mostly Luhrmann talking with plenty of clips from the film and source material. There’s an overview, The Greatness of Gatsby (9:14), then some behind-the-scenes footage called Within and Without with Tobey Maguire (8:41). A highlight is a look at The Swinging Sounds of Gatsby (12:17) as the director, composer Craig Armstrong, Jay-Z, Florence Welch (of Florence & the Machine), Lana Del Rey, Bryan Ferry and The XX discuss how the soundtrack came together. A fine companion piece is The Jazz Age” (15:43), lifting liberally from Ric Burns’ New York documentary.

Razzle Dazzle: The Fashion of the ‘20s (16:22) has Luhrmann’s wife, and the film’s Costume Designer Catherine Martin reveal how they worked closely with Brooks Brothers, Tiffany & Co. and Prada to revive the look, largely thanks to archival designs and pieces in the various archives.

The author gets his due in Fitzgerald’s Visual Poetry (6:55) which also touches on the 3-D process. Then we have four more short behind-the-scenes looks under the umbrella title Gatsby Revealed.