The Point Radio: Why Jane Espenson Is So Proud Of HUSBANDS 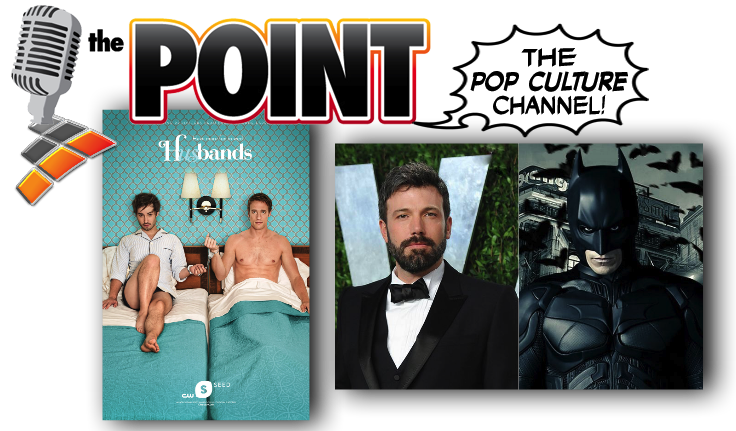 From BUFFY to ONCE UPON A TIME, Jane Espenson has written some great TV but her proudest accomplishment is the web series, HUSBANDS, now starting a new season on a new home, The CWSeed. Jane talks about why the show just keeps growing, plus the Alluring Amber Benson fills us in on her guest shot on HUSBANDS and that classic BUFFY Musical. And Shark Fever isn’t cooling off. SyFy tosses out another film in the genre, GHOST SHARK. We talk to the writer/director about how SHARKNADO was just a lead in for his film. Oh yeah, and Affleck will be Batman. Just deal with it.

This summer, we are updating once a week – every Friday – but you don’t have to miss any pop culture news. THE POINT covers it 24/7! Take us ANYWHERE! The Point Radio App is now in the iTunes App store – and it’s FREE! Just search under “pop culture The Point”. The Point Radio  – 24 hours a day of pop culture fun for FREE. GO HERE and LISTEN FREE on any computer or on any other  mobile device with the Tune In Radio app – and follow us on Twitter @ThePointRadio.