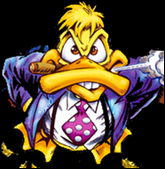 My regular readers have figured out by now that when I sit down to write this column every week, my tongue is usually so deeply planted in my cheek that my face scares homophobes.

Which is why I come to you today with a heavy heart. And an uncharacteristically downbeat-sounding bunch of words. I have nothing to joke about – at least, not “above the cut.”

Oh, I continue to monitor, and very discriminatingly partake, of the various expressions of Geek culture chronicled, dissected, and celebrated here and elsewhere. But I can’t seem to get as excited about any of it as do all the other too-numerous and overstimulated chatterers.

Yeah, I know it’s supposed to be a big deal that John Romita, Jr. is maybe gonna draw Superman. And no one can figure out why Kick-Ass 2 was a box office disappointment. And people can’t wait to know what the Guardians of the Galaxy movie is gonna look like, or how Peter Capaldi’s Doctor Who is gonna be different from Matt Smith’s. And on and on and on. But, for some reason that’s really starting to bug me, because I can’t quite put my finger on what it is, I can’t motivate myself to give a rat’s patoot about any of it.

From most of the comics and movies and video I sample, something is missing. For a long time I thought it was just that I was somehow managing to miss “the good stuff,” but now I’m not so sure.

It can’t possibly be Just Me. Not with the fistful of antidepressants I take every day. No, of course not. That can’t be it.

I suspect that what I’m really experiencing is a massive case of Be Careful What You Wish For, You Might Get It. And what veterans of the comics biz like myself have always wished for was that comics – the genre, if you can call them that; the type of content, not the physical printed product – would became a mainstream entertainment phenomenon. And they have.

Thanks more to CGI and Hollywood than to their modest printed spawning-ground, comics and related pop culture are, of course Big Business now, and have been for so long that most readers of sites like this one can’t remember a time when they weren’t. Which means they can’t remember, either, a time when all this stuff wasn’t quite as mindlessly escapist, or – at the opposite end of a spectrum that seems not to have a mid-range – leadenly, pretentiously Serious Minded.

That condition obtains, perhaps, because mindlessness sells big-time, while Seriousness of Purpose wins Eisner Awards and fanboy cred (and the occasional crowdfunding bonanza), which freshly-minted capital is then expended by the mintee on being mindless for a much bigger payday.

But something, nevertheless, seems to me to be missing.

What first got me seriously wanting to write comics instead of just reading them were things like Denny O’Neil and Neal Adams’s original Green Lantern / Green Arrow series and Steve Gerber’s Howard The Duck. Titles that were a vibrant and perceptively critical commentary on the culture they arose from, but whose Creative always enveloped its core concerns with a sugar-coating of good, solid, old-fashioned fun. Fun as in slam-bang heroic-fantasy action or verbal jokes and sight gags – the stuff that allowed the less demanding readers to remain oblivious, if that was their wont, to the Big Ideas the writers of such comics were trying to explore. In so doing, these comics were hits among fans (as opposed to being successful by the casual-reader-at-newsstands-only distribution “metrics” of their day. But the industry learned, for a brief time in the ‘80s, that such content was solidly marketable in the direct-only environment.

The art of producing that kind of comic book entertainment seems to me almost lost. At least, I haven’t been able to find it – not for a few years now.

If that’s the something that’s missing, I want and need – need – to find it again. Or somehow become a force in reviving it, if not just making it more visible than it is now, if it’s even still out there. And that’s what seems to be preoccupying me this week, and will, I hope, be grist for this mill in weeks to come.

All this is why something else is missing this week: a column that tries to be itself entertaining, while “sugar-coating” with humor an observation or caution that I hope might prove thought-provoking or inspiring of debate.

At least I didn’t do what too many in the blogosphere are tempted to do, and write a column about how I couldn’t figure out what to write about.