Doctor Who 50th anniversary special to be simulcast globally 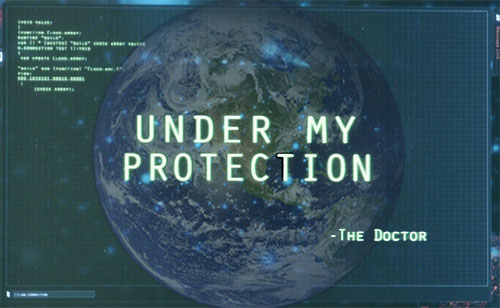 Initially reported by UK tabloid The Sun and quickly verified by the BBC, the 50th anniversary special episode of Doctor Who will be broadcast simultaneously across the world, touted as the largest simulcast of a drama ever.

The special has been sold to approximately 200 countries, so the amount of timing and cooperation required will be quite high.  Sources say the move was done to eliminate any chance of spoilers for people in countries who traditionally receive the episodes after the initial broadcast in the UK.

This would put the broadcast spread across four hours of the early afternoon (depending on time zone) in the United States, and in the early hours of the 24th of November on the far side of the world like Australia and New Zealand.

The special will be broadcast in both 2D and 3D.  Complete details have not been released on which version will be broadcast in which markets.  The special features the return of David Tennant and Billie Piper as The Doctor and Rose Tyler, as well as classic villains The Daleks and Zygons.  At San Diego Comic-Con, showrunner Steven Moffat claims he’s been “lying through his teeth” about what and who is in the episode, resulting in the resurgence of rumors of other unreported cameos, including Paul McGann as the Eighth Doctor, making only one on-screen appearance, in the Fox-produced TV movie.

When the 20th anniversary episode The Five Doctors was produced in 1983, it did not receive a similarly-coordinated release.  Indeed, American fans got to see the special BEFORE the UK.  The network of public television stations who were broadcasting the series got permission to show the special on November 23 exactly, which was a Wednesday.  The BBC didn’t show it in the UK till that Saturday, the traditional day of broadcast for the series in England.  By  a wonderful coincidence, November 23rd falls on Saturday this year, allowing the anniversary to take place on the day it originally aired with no schedule-juggling.

This plan is not only a huge PR coup for the BBC, it’s also a wonderful example of life imitating art.  In Last of the Time Lords, Martha Jones walked the Earth for nearly a year, spreading the tale of The Doctor, in preparation for everyone on the planet to think about him and chant his name at a precise day and moment, the resulting wave of psychic energy intended to give the Time Lord the power to undo the actions of The Master and save the day.  With the BBC setting up to do the very same thing, one can only wonder what the real-world wave of power might do.

Personally, I’m hoping it’ll provide the power to jump-start the working TARDIS that the BBC Radiophonics Workshop has secretly been working on for years.