The Point Radio: PACIFIC RIM Set To Roll In 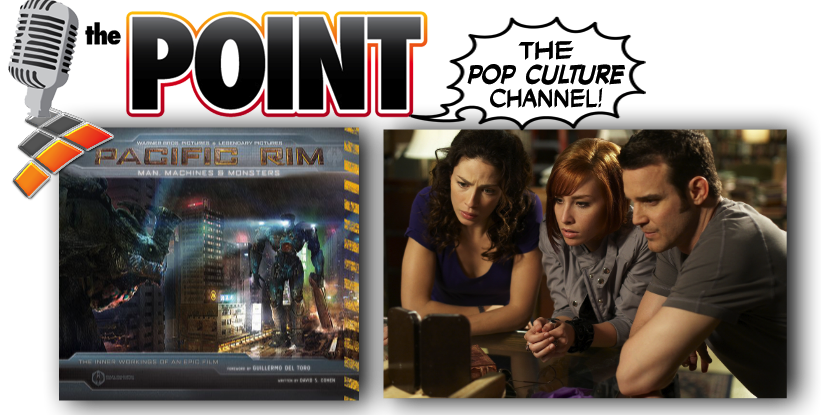 For months now it has been the hottest trailer on the internet and now PACIFIC RIM is ready to hit theaters next Friday. Director Guillermo Del Toro along with actors Charlie Hunnam and Ron Perlman talk about putting the epic together, plus SyFy‘s WAREHOUSE 13 winds up it’s season on Monday. It returns for a short fifth season in 2014 which will be it’s last. How do Eddie McClintock and Joanne Kelly feel about saying goodbye to the long time fantasy series?

This summer, we are updating once a week – every Friday – but you don’t have to miss any pop culture news. THE POINT covers it 24/7! Take us ANYWHERE! The Point Radio App is now in the iTunes App store – and it’s FREE! Just search under “pop culture The Point”. The Point Radio  – 24 hours a day of pop culture fun for FREE. GO HERE and LISTEN FREE on any computer or on any other  mobile device with the Tune In Radio app – and follow us on Twitter @ThePointRadio.