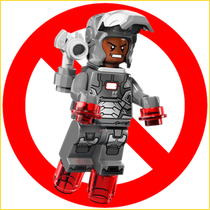 James Rhodes, a.k.a. War Machine, is the Marvel character also known as the black Iron Man.

I have absolutely no opinion of War Machine. I do, however have an opinion of James Rhoades – but not the character James Rhodes. The James Rhoades I’m talking about is graduating from UCLA today (today being June 16th 2013) and has been my apprentice for the last four years.

That James I was introduced to some five years ago by Whitney Farmer at the San Diego Comic Con. James wanted to meet me and have me look at some of his work. It’s real hard for me to view portfolios at Comic Con because my days and nights are crazy busy. If I’m looking at someone’s work I like to be able to spend some time with that person. For me looking at a young artist’s work require a conversation not just canned advice many professionals give young talent.

I had no time to really talk to James, but both he and Whitney gave me big puppy dog eyes so what else could I do?

His work consisted of a small sketchbook, which I looked though. Clearly the kid had talent. At 16 he was a better artist than I was at that age. I gave him what advice I could with the little time I had to do so. I told him to work bigger, fill the page and to look at drawings from the old masters.

Before I ran off to my next appointment I asked James what sort of artist he wanted to be. “I want to write and draw comics.” He said. In all my years of looking at portfolios rather as a mentor, instructor, illustrator or lecturer that was the fist time anyone had ever said to me that they wanted to “write and draw” comics. I have to admit that really impressed me but his sketchbook had no comic book work in it.

I had no more time. so I gave the kid a good luck’and I was out.

That was what I thought was that.

Nope, that turned out to be the start of the Whitney Farmer Project. Since Whitney is always included in all of my Comic Con events I saw her later at my annual dinner…

“So what did you think of James?”

Before the Black Panel…

After the Black Panel…

“You should look at his finished work!”

At my annual Comic Con party…

“He would love to see your studio!”

Having drinks at the Hyatt with some friends…

“You know, you should mentor James!”

Finally I had enough and agreed to look at James’ finished work at my studio. I told Whitney to give the kid my number and to have him call me after the con.

James continued to call me…often…for about six months until I saw him at my studio. He made it crystal clear, (well crystal clear after he stammered for about an hour) that he wanted to apprentice in the studio.

“Kid, you don’t even have a car. How are you supposed to get here?”

Look, I had nothing against the kid but I take apprenticing very seriously and with the work load I have taking the time to show someone the ropes is ripe with complications and complications equal lost revenue. In other words, taking James on could cost me, literally.

Thus began another six months of James calling me and inquiring about an apprenticeship. It’s important to state something for all you aspiring artists out there and that’s this, James called me consistently for a solid year and at no time did I think the kid was bugging me.

That is a hell of a feat – and I cannot stress this enough.

One fateful day James started his phone call like this: “My parents got me a car so I can study with you.”

This kid had talked his parents into buying him a car so he could hopefully apprentice with me. They brought him a car on the chance that he could study with me.

That very next week James was in the studio and has been for the last four years. James not only graduated from UCLA today but as of Monday the 17th he becomes a full-fledged studio assistant and professional artist writer with a fantastic future.

Today happens to be father’s day and I’m sure James’ dad (and mom) are very proud of him as am I. His family is mad cool (even his rotten sister) and I’m glad to know them.

In fact he has become a real part of my family and like the son I never had.

Of course any son of mine is subject to FBI, NSA and CIA investigation and as my son he is required to take the rap for anything I may have done.