Yeah, I’m gonna get political on your ass. Pop culture and politics; gasoline and fire.

I do not know which is worse: the self-victimization that we call being “politically correct” or the rampant naval-snorting of the cloistered elite. I do know there’s a book coming out this August called Doctor Who And Race, and it couldn’t be more full of shit if it had been printed on toilet paper.

Here’s the bird’s-eye lowdown on the book: a bunch of narcissistic holy-holy academicians got together to prove they are smarter than you are by writing a whole bunch of essays that definitively declare the 50-year old television phenomenon Doctor Who to be racist and, oh yeah, sexist.

What evidence do they offer? Their central point is that the lead character, the Doctor, is a white male and has remained that way despite many “regenerations.” To tell the truth, each incarnation of the Doctor also was humanoid, so it follows that the hundreds of producers, script editors, directors, actors and writers, lo these many years, are also anti-space alien. After all, the Doctor clearly favors Earth humans over such space alien races as, oh, say, the Daleks. When’s he going to regenerate into a being made of anti-matter?

(By the way, I am compelled to point out that the phrase “space alien” is amazingly stupid, and if you don’t use it when referring to all those outworlders out there, you are not necessarily prejudiced against Mexicans or the Irish.) 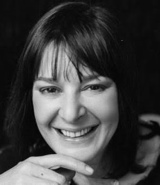 Now I don’t know if Gallifreyans are capable of changing sex and/or race upon regeneration. I’d be perfectly fine if Doctor Twelve were a woman and/or of a different race. Way back in 1963, the original producer of Doctor Who was a woman named Verity Lambert. Can we stop for a minute and appreciate just how revolutionary that was back in the day? She produced the first 86 episodes, moving on to other projects in 1965. There weren’t a lot of women producing television series back then. Or today, for that matter.

Integral to the show are its co-stars, often referred to as companions. Since Elisabeth Sladen was cast as Sarah Jane Smith in the early 1970s, the women who have labored alongside the Doctor have been strong professionals who were much more than set decoration and “save me” victims. Indeed, that tradition actually got its start with the very first episode, with the highly intelligent and cosmically capable Susan Foreman, played by Carole Ann Ford. That, too, was a big deal in 1963.

Since its highly successful revival in 2005, the TARDIS has opened its blue doors to black co-stars and to women co-stars, and even to a black woman co-star. And to many actors of differing origins, reflecting contemporary sensibilities.

This book also cites the 36-year old episode “The Talons Of Weng-Chiang” as proof of the program’s racism because the villain was a Chinese man who was played by a white dude. Well, there’s no argument that Asians have gotten the short end of the stick when it comes to casting decisions, but in 1977 casting white people was more than merely the norm. It’s like slamming Kabuki for not having employed enough women.

Yes, indeed, the lead actor has always been a white male. That doesn’t mean it always will be, unless there’s something about Gallifreyan physiognomy that I don’t understand (and, doubtless, there’s a lot about Gallifreyan physiognomy that I don’t understand). But, deal with this absolute fact, you simpering monkeys of myopia and self-hatred: there is nothing inherently wrong with being a white male. If you are looking to create a new apartheid for that species, you are as disgusting and as morally diseased as those you blanketly define as racist and sexist.

Hey, do you know which other white British male has been around for a half-century? James Bond, as in the James Bond movie franchise. And in all those movies, not once have they cast anybody except a white British male in the lead. Not a single actor from Togo has been above the title. What’s up with that? Clearly, producer Barbara Broccoli is a racist, sexist pig.

Here’s the rub. Around the year 2063, bunch of professors and self-endowed intellectuals are going to rip you a new asshole because you were astonishingly insensitive to groups of people and to ways of thinking that presently are beyond your ken. This will happen; our history makes this perfectly clear. So pull your head out of your own vomit and realize you are no better than anyone else.

Bottom line: if you’re looking to feel your exploitation, start by looking in the mirror.