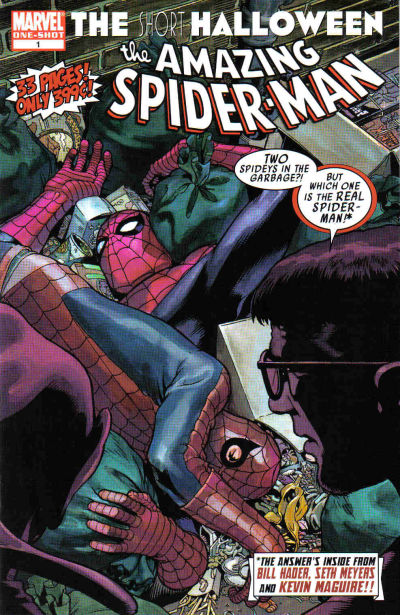 In yet more proof that Hollywood is looking for comic book properties and talent, Seth Meyers will be the next host of NBC’s “Late Night,” the network announced Sunday. Mr. Meyers will succeed Jimmy Fallon, who is moving up one hour to take over NBC’s “Tonight Show.”

This is not the first Spider-Man/Saturday Night Live crossover, as Spidey first met the Not Ready For Prime Time Players in Marvel Team-Up #75, featuring a climactic katana battle between the Silver Samurai and John Belushi, and (of course) the inevitable Stan Lee cameo.

Ant Man, who was also considered for the hosting gig, was unavailable for comment.

via Seth Meyers to Succeed Fallon on ‘Late Night’ – NYTimes.com.