Michael Davis: Be Our Guest… 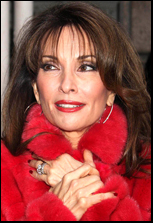 I’ve never wanted anything more than I wanted to get into the High School Of Art and Design. I was obsessed from the time I found out there existed in the world an art high school and I found that out in the seventh grade.

Yes, I’ve wanted other things in my life but A&D (which I’m sure you are sick of me writing about) was so important to me for so long when it happened it was literally a dream come true. I know, I know, I keep reminiscing about my high school so much so I feel like mentioning A&D again would be like mentioning Lord Voldemort at Harry Potter’s wedding.

Around 20 years ago (when I was five) I began to want something else pretty badly. That “other thing” was my childhood dream but as an adult I began another obsession that became a dream and now that dream has come true.

I’ve been invited to attend the San Diego Comic Con as a special guest.

For over 25 years I’ve been known as the Susan Lucci of SDCC. If you don’t know who Susan Lucci is or why that is funny, your pop culture knowledge sucks.

On that note, SDCC is the biggest and most important pop culture event in the world. Being invited to be a guest is a huge honor. That invitation means that you have accomplished something of note in your field and are being recognized for such. I’ve imagined being invited as a special guest at SDCC a zillion times and what I would do when/if it happened.

First thing I’d do is tell everyone!

You may think after reading my rants here on ComicMix telling everyone is what I would do whenever I have something to crow about.

Regardless of my seemingly brash and ostentatious writings, media interviews and pick up lines I rarely tell anyone when I’ve been fortunate enough to have a honor bestowed on me. Not sure if I mentioned it here or in my weekly rants on my website, but among quite a few honors, awards, proclamations and arrest warrants I’ve received is an auditorium in a East Orange New Jersey grade school named after me. There was a huge naming ceremony with a marching band (I’m not kidding), the Mayor, other East Orange movers and shakers and media.

I only invited to my naming ceremony my wife. She was my only guest and that was fine with me. My mother to this day won’t let me forget that she was not invited. She’s still pissed and not because she missed being present as a wonderful honor was conferred on her child; nope, she’s pissed because she missed the opportunity to invite her friends to see a wonderful honor being conferred on her child thus scoring major points in the “my child is so much better than your child so suck it” game mother’s play.

I’ve wanted to be a guest at SDCC since the first time I attended 26 years ago (when I was one year old, Jean) subsequently it has been on my mind, my hopes and dreams.

Only once have I wanted something this bad and that was that thing that must not be named.

As faith would have it, the honor I’ve sort in life more (almost) than any other I must turn down. Yes, you read that right. With regards to my San Diego Comic Con International invitation I must turn it down.

I did turn it down.

Oh wait! I’ve just learned the name of the woman hanging with her child from the cliff.  Her name is Billie Jean. Billie Jean is not my lover, she’s just a girl who claims that I am the one but the kid is not my son.

I’m in Los Angeles. Should I fly to San Diego or take the train?