John Ostrander: The Art of the Fill-In 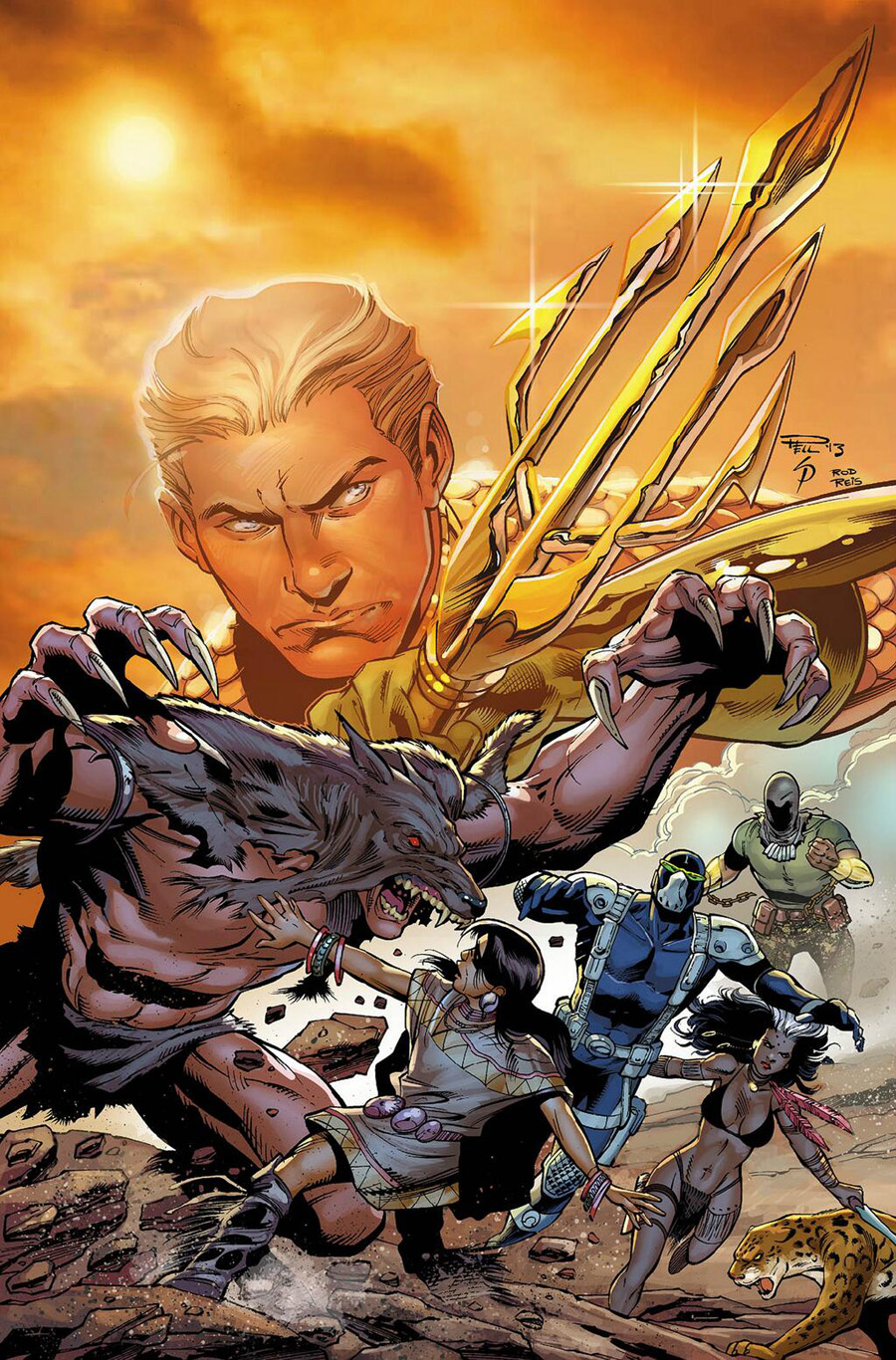 Well, it’s been officially announced: I’m scripting issue 20 of Aquaman for Geoff Johns and Company. It brings me back to my old DC stomping grounds and I’m both happy for the opportunity and pleased with the result. I hope everyone out there will feel the same when the book appears next month.

It also gives me a chance to talk about the art of doing a fill-in which has its own special skill set whether you’re a writer or an artist. Usually it’s a single issue although it can be for two.

If you’re getting a call from an editor of a given book for a fill-in, it will usually be on short notice. I once got a call from an editor on a Friday morning. He needed the fill-in script by Monday. The way that scripting usually works is that I submit springboards (one paragraph plot ideas and I usually try to give a few) and the editor decides which he or she likes. I then do a plot overview and then finally write a full script. Collapsing the time stream, that’s about a week. I had maybe four days from a standing start.

By early afternoon, the editor had the springboards. We talked on the phone, he picked the one he liked, I wrote up the plot outline by late afternoon. The editor approved it with his comments before the end of the day and I was off and writing. The script was in by Monday.

The question is not how creative you are (although you have to be that) but how professional, how disciplined, you are. How well do you know your craft? This goes for the artist as well as the writer. You get the job done.

Here’s why: The publisher has lined up printing time and there are only so many presses that print comics. They’re generally booked pretty full so if you don’t get the book to the printer on time, you miss your slot, you have to wait until one opens up and you’ll probably pay a fee for it. If the books ships late as a result, unsold copies can be returned (not the case with an on-time book). That costs money and the offending editor will not be held in high regard.

Here’s some things to remember if you’re writing a fill-in issue. It has to fit into the current continuity but not move that continuity forward (that’s the main writer’s job/prerogative). You might be given a few things that current writer wants to advance but don’t presume. You must know what that current continuity is in order to write the character as s/he appears in the book. You probably won’t be able to play with the supporting cast unless they aren’t in the current storyline or you are asked to use them.

Don’t rewrite the origin. Don’t recreate or reinterpret the origin (again, that’s the regular writer’s domain). Don’t kill off characters. The story is complete in that issue; no dangling threads. Don’t play with the regular writer’s dangling threads (so to speak) without permission. Don’t correct any continuity flaws that you may have perceived. Don’t base it on any trivia points that you know.

Did I forget to mention that the story also has to be wonderful? The reader is not getting the usual team on the book; you don’t want then to feel ripped-off. The comic book market is volatile these days and the publisher doesn’t want to give the fans a reason to leave. That said – fill-ins are just about inevitable. The crush and stress of doing a monthly book is tough.

Aquaman 20 is not the first time I’ve done a fill-in issue for the character. The first time I was asked, my initial reaction was, “Oh great. Aquaman. The blonde geek who swims fast and talks to fishes.” You know – a lot of people’s reaction. Current writer Geoff Johns, who has done a brilliant job of making Aquaman very readable, has cunningly used that perception in some of his scripts. So I had to find something in the character that would interest me or the script would just lie there like a filleted flounder.

I used that reaction I had to Aquaman to fuel the story. I used what I call an “oblique angler” to create the story. The story, in this case, would be about Aquaman using peoples’ reactions to Aquaman. It was a story about stories. I created a news reporter who is assigned to do a write-up about Aquaman; he has the same “talks to fishies” reaction I had when getting the assignment. The reporter then investigates and finds some first person accounts about Aquaman, giving us a variety of interps. In the process, the reporter himself grows and changes. It remains one of my own personal favorite stories.

“Fill-in” does not or should not mean “generic.” All the rules of a good story apply; it’s just that you have a single issue with which to do it. And that should be true whether you have a GN, a miniseries, a long run or a fill-in. You tell a good story. That’s always the job.