Dennis O’Neil Is Not Jules Feiffer? 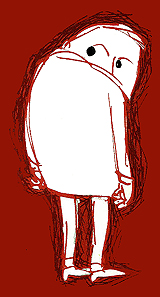 So there I was, standing in…no, make that sitting in for Jules Feiffer at MoCCA, a two-day long expo-type event sponsored by the Museum of Comic Art and held at the big armory on Lexington Avenue in Manhattan. Talk about your bait-and-switch…folks come expecting to see and hear one of our era’s defining and multifaceted talents, a man who has done exemplary work in cartoons, playwriting, screen writing – an innovator and astute observer of manners and morals, a social commentator…This is the giant they anticipated and instead they got…me. Sitting, not standing, on a platform with Peter Kuper, Gabrielle Bell and Paul Levitz. talking about comics and the counterculture.

Though the kind of comics I’ve been professionally involved in were a far stretch from the innovative, angry, and occasionally profane “undergrounds” that emerged from the turmoil of the Sixties, I guess the superhero stuff I did qualifies as at least marginally countercultural because, after the witch-hunting Fifties, comics of any ilk were not respectable. (Didn’t the Catholic Digest say they were trash? Weren’t there public comic book burnings? Didn’t that some senator or other hold hearings about them?) But, though we did hiccup out a bit of social satire/commentary here and there, we were never in the business of putting it to the man, making granny blush, calling for revolution.

Okay, maybe Feiffer didn’t work those sides of the street, either. Not exactly. But the kind of humor he practiced in his eponymous feature, first in The Village Voice and later in syndication, helped create the societal climate in which authority could be questioned – even mocked! – and the nooks and crannies of our national psyche theretofore ignored by our purveyors of comedy could be acknowledged and explored.

Now, some 55 years later, we can watch Louis CK push in the same direction.

Feiffer’s been on my radar since the aforementioned Fifties and I don’t know who put him there. Somehow, in St. Louis, attending a Jesuit university, I came into possession of Sick Sick Sick, a paperback collection of Feiffer’s early Voice pieces and…well, it wasn’t the brain-wrencher that Kerouac’s On The Road was to be, or, in a very different way, Salinger’s short stories were. But I thought it was funny and it was differently funny and that difference hinted at something out there, beyond the limits of school and parish and neighborhood, something past the boundary of the Mississippi, something that would be good for me to know.  Something that would nourish me.

Something that eventually put me onstage with Bell, Kuper, and Levitz, filling a seat meant for Jules Feiffer and grateful for the opportunity.