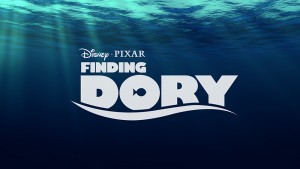 The news from Walt Disney has been a mixed bag this week. We saw them shutter LucasArts and today the next wave of reductions and layoffs are coming in the name of efficiency. If Chairman Bob Iger is right, and this repositions the company for the world of tomorrow, then it was a wise move, better done now to remain competitive.

Creatively, this week we were given three other pieces of news. First, there was the announcement of the anticipated sequel to Finding Nemo, Finding Dory¸ which will arrive in 2015.

BURBANK, Calif. (April 2, 2013) – When Dory said “just keep swimming” in 2003’s Oscar-winning film Finding Nemo, she could not have imagined what was in store for her (not that she could remember). Ellen DeGeneres, voice of the friendly-but-forgetful blue tang fish, revealed details today about Disney•Pixar’s Finding Dory—an all-new big-screen adventure diving into theaters on Nov. 25, 2015.

“I have waited for this day for a long, long, long, long, long, long time,” said DeGeneres. “I’m not mad it took this long. I know the people at Pixar were busy creating ‘Toy Story 16.’ But the time they took was worth it. The script is fantastic. And it has everything I loved about the first one: It’s got a lot of heart, it’s really funny, and the best part is—it’s got a lot more Dory.” 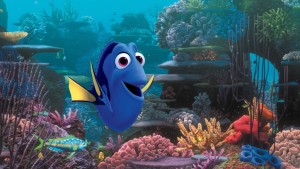 Director and Pixar veteran Andrew Stanton takes audiences back to the extraordinary underwater world created in the original film. “There is no Dory without Ellen,” said Stanton. “She won the hearts of moviegoers all over the world—not to mention our team here at Pixar. One thing we couldn’t stop thinking about was why she was all alone in the ocean on the day she met Marlin. In ‘Finding Dory,’ she will be reunited with her loved ones, learning a few things about the meaning of family along the way.”

According to Stanton, Finding Dory takes place about a year after the first film, and features returning favorites Marlin, Nemo and the Tank Gang, among others. Set in part along the California coastline, the story also welcomes a host of new characters, including a few who will prove to be a very important part of Dory’s life.

Finding Nemo won the 2003 Academy Award® for Best Animated Feature; the film was nominated for three additional Oscars® (Best Writing, Original Screenplay; Best Music, Original Score; Best Sound Editing). It was also nominated for a Golden Globe® Award for Best Motion Picture–Comedy or Musical. In 2008, the American Film Institute named Finding Nemo among the top 10 greatest animated films ever made. At the time of its release, Finding Nemo was the highest grossing G-rated movie of all time. It’s currently the fourth highest grossing animated film worldwide. The film has more than 16 million Likes on Facebook, and Dory—with more than 24 million—is the most Liked individual character from a Disney or Disney•Pixar film.

DeGeneres’ distinctive comic voice has resonated with audiences from her first stand-up comedy appearances through her work today on television, in film and in the literary world. Her syndicated talk show, The Ellen DeGeneres Show, is in its 10th season and has earned 38 Daytime Emmy Awards. DeGeneres has won 12 People’s Choice Awards and the Teen Choice Award for Choice Comedian for three consecutive years. Additionally, her show won two Genesis Awards and a GLAAD Media Award for Outstanding Talk Show Episode. For her unforgettable turn as Dory, DeGeneres was nominated for an MTV Movie Award for Best Comedic Performance.

Coming far sooner is Disney’s Planes and they sent us a Sneak Peek clip as seen below.

From above the world of Cars comes Disney’s Planes, an action-packed 3D animated comedy adventure featuring Dusty (voice of Dane Cook), a plane with dreams of competing as a high-flying air racer. But Dusty’s not exactly built for racing—and he happens to be afraid of heights. So he turns to a seasoned naval aviator who helps Dusty qualify to take on the defending champ of the race circuit. Dusty’s courage is put to the ultimate test as he aims to reach heights he never dreamed possible, giving a spellbound world the inspiration to soar. Disney’s Planes takes off in theaters on Aug. 9, 2013.

We also received a featurette from Disneynature’s Bears which we share with you.

In an epic story of breathtaking scale, Disneynature’s new True Life Adventure Bears showcases a year in the life of two mother bears as they impart life lessons to their impressionable young cubs. Set against a majestic Alaskan backdrop teeming with life, their journey begins as winter comes to an end and the bears emerge from hibernation to face the bitter cold. The world outside is exciting—but risky—as the cubs’ playful descent down the mountain carries with it a looming threat of avalanches. As the season changes from spring to summer, the brown bear families must work together to find food—ultimately feasting at a plentiful salmon run—while staying safe from predators, including an ever-present wolf pack. “Bears” captures the fast-moving action and suspense of life in one of the planet’s last great wildernesses—where mothers definitely know best and their cubs’ survival hinges on family togetherness.