Gossip Gal Reports To The World! 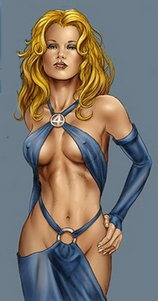 Hey ComicMix readers. Gossip Gal here and today’s my biggest news day ever! Thanks to my many sources, I’ve just heard the most delicious tidbits – and what kind of Gossip Gal would I be if I didn’t share them with my loyal devotees? So widen those eyes, prepare to be surprised, and read on.

Earlier this morning, a spokesman for Marvel Comics excitedly announced a bold new “initiative” being launched by the company next Wednesday. The “Young 21,” as the revamp of current Marvel comics is being dubbed, will wipe the slate of continuity-laden past comics stories clean and allow for writers and artists to created a fresh and more easily understood “superhero universe” that new readers can enjoy.

“All the guys were sitting around in the office one day,” Marvel spokesman Mr. C. Howe revealed, “and no one could think of any new stories for our beloved flagship characters. I mean, they’ve already Done All The Things, pretty much. So we were stumped. Then one of our marketing consultants had the idea to “throw out” everything that has happened to The Avengers, The X-Men, the Fantastic Four, and all of our other famous characters since the launch of Marvel Comics, and begin their stories again, looking at where each of them was at twenty-one, when many were just starting out on their paths to greatness. It was genius!”

Mr. Howe continued, outlining the way The Young 21 will be structured. “Well, we don’t want to alienate any of our past and present fans,” he said, “so these will still be the characters you know and love. But their stories will be streamlined to get rid of any character development past writers may have attempted that proved generally unpopular, and there will be changes to make them more relatable to today’s readers. For instance, the X-Men will get an all-new costume! And one of the Avengers may now be gay – you never know! A few beloved characters may lose important relationships with parents or long-established significant others to story changes, but the hot new storylines will be more than enough to make up for any sense of betrayal and loss

“The new series will also look at some of our female characters in a different and more exciting light,” Mr. Howe reported. “For instance, what was Sue Storm like at twenty-one? Well, she was a bit more stimulating than her usual motherly place in the Fantastic Four would have us believe. Readers who have come to love her for her caring role in the lives of the FF won’t believe the wild times she had with Victor von Doom and Namor back in the day in this re-launch series.” The whole first issue of the new FF takes place pool-side, and you’d better believe you haven’t seen Sue like this before. We’re also taking a new look at Kitty Pryde, who was, frankly, a bit boring in our past stories. But her updated look and attitude is going to WOW new readers. Our best creators, Dan, Dave, Jason, Scott, Bill, and Joe have all assured us that female readers in particular are really going to identify with this fresh take.”

My sources report that the first issues of The Young 21 will hit comic book stores April 10, ComicMix fans – so be sure to report in at GossipGal.com and let me know what you think. And now for another bit of exciting news…

At a press conference outside of his recently-acquired Malibu home, Robert Downey Jr. announced today that he actually is, in real life, the superhero called “Iron Man.” “Yes, it’s true,” he stated, while twirling a pair of purple shades idly between his fingers. “The movies are based on a true story: I am Iron Man. I can’t deny it any more, not after so many people have pointed it out. I mean, they’re always saying how I am Iron Man. How could anyone not believe it, with all that? I really don’t know why I thought I could hide it in the first place. But I’m done hiding now. I’ll say it loud and I’ll say it proud: this country owes its safety to me.”

When questioned as to why, if this was true, no one had ever seen an actual Iron Man flying or walking around except in the movies and at fan conventions, Downey replied, “Well, we had to change things for the movies to make it believable to the unenlightened masses. But in real life, I didn’t go through nearly as many design changes. The suit sprang as if fully formed from the genius that is my intellect, and because I am a futurist (like my fictional counterpart), I looked ahead far enough during my earliest designs to go straight for a stealth suit. So when I’m using the suit, I’m practically invisible if I want to be. Also, I can be wearing the suit, and people will only see me. Like, I’m wearing it right now, but you can’t see it. That’s how stealth my suit is. But really; no one watching a movie would have believed that.”

When further questioned as to why no one had ever heard of a single superheroic deed performed by a real-life Iron Man, Downey replied: “Well obviously it’s a government conspiracy. Like the moon landing.”

Well well, ComicMix readers, there’s a bit of news that can hardly be believed; but truth or fiction, we here at Gossip Gal Central wouldn’t object to Mr. Downey using a stealth suit to pay us a visit, if you know what we mean. And now, for a little bit of local oddity to round out your day:

Ms. Fannie Mae Richards, well-known rare book dealer of West Hollywood, was distressed after her quest to obtain one of the only full sets of actual paper encyclopedias still in existence was thwarted by an unknown vandal who had apparently defaced every page of every book in the set before selling the set via Craigslist.

“Every single cover looks like this,” she said, dismayed, while gesturing to a book cover in which “Britann” had been crossed out and replaced with “Deadpool.” “What does that even mean?”

Ms. Richards was also puzzled by the contents of the books. “All of the pages contain messy, incomprehensible ‘edits,’ she said. The W volume is particularly strange.” She showed this correspondent the entry for “weasel,” over which someone had written, “Skinny nerdy dude with glasses who builds neat gadgets. They go whoosh bang boom,” and drawn a rough sketch of a bespectacled face with short, somewhat spiky hair. Flipping to another page, she displayed the entry for ‘wolverine,’ over which someone had written, in varying sizes and colors, BUB BUB BUB BUB BUB until the entire page was covered. In the bottom right corner, in tiny letters, was written, “SNIKT BOOM BUB!”

“I don’t understand any of this,” Ms. Richards complained, clearly distraught by the damage that had been done to the hallowed texts, “but I really want my five dollars back.”

Sounds like a Craigslist mischief-maker is in our midst, ComicMix fans, so buy cautiously and don’t get scammed!

That’s all the news that’s fit to share today. But knowing this town, I’ll have more for you very, very soon.

So until next time: you know you love me.