White Collar’s Matt Bomer Will be at WonderCon Today 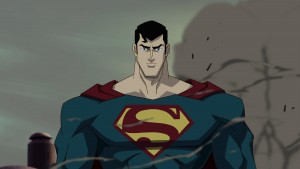 Matt Bomer, star of USA Network’s hit series White Collar, has joined the panel for the World Premiere of Warner Bros. Home Entertainment’s Superman: Unbound this Friday, March 29 at 6:00 p.m. as part of the WonderCon marquee evening event in the Anaheim Convention Center.

In Superman: Unbound, a destructive force is devastating planets across the galaxy – with Earth next in its sights – and even Superman may not be capable of halting the destruction alone. Based on the Geoff Johns/Gary Frank 2008 DC Comics release “Superman: Brainiac,” the film’s stellar voicecast also includes John Noble (Fringe, The Lord of the Rings films) as Brainiac, and Stana Katic (Castle) as Lois Lane. Produced by Warner Bros. Animation, DC Entertainment and Warner Bros. Home Entertainment, Superman: Unbound will be released on Blu-ray, DVD, OnDemand and For Download on May 7, 2013.

Prior to the premiere, the Superman: Unbound panelists Quinn, Tucker, Goodman and Romano will sign WonderCon-exclusive mini-posters from 3:00-4:00 p.m. at the DC Entertainment booth.