The Point Radio: PROSPECTORS Gets Us Rich – Quick! 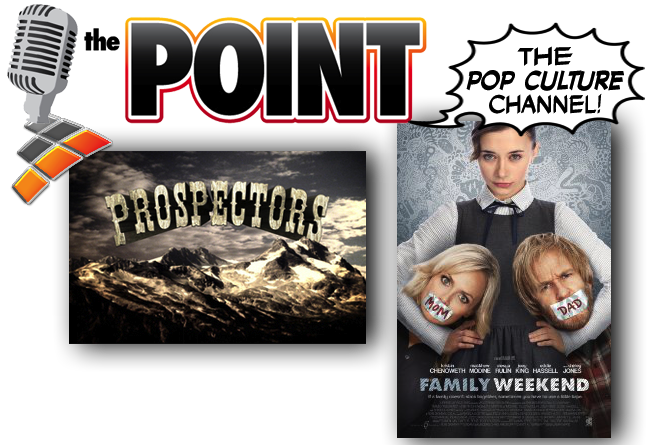 This weekend a new indy comedy open is several major U.S. cities. FAMILY WEEKEND stare Kristen Chenoweth, Matthew Modine plus producer/co-star Adam Russo who gives us an exclusive look at the new film. Plus there’s a lot more than gold in those hills! Meet Steve Brancato and Amanda Adkins from PROSPECTORS, a new series on The Weather Channel about digging for real riches – and DC’s Bad Guys get their own documentary.