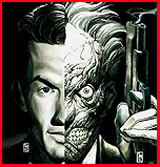 None of us are the same person all the time. We change according to the people we are around; they draw different aspects of us out of ourselves. A sibling may draw us into the role of younger or older sibling automatically. A guy talking with other guys may talk and act one way and, on seeing a pretty girl, turn around and talk and act completely differently. Have you ever said or felt that a certain person brings out the best or worst in you? It’s probably true. You do it to others as well.

What’s true in life should be true in our writing. One of the major purposes of supporting characters, major or minor, good or bad, is to draw out aspects of the protagonist. There are differences between who we think we are and who we actually are and it’s other people and/or difficult situations that draw these out and reveal them to ourselves or to the readers of our stories.

Nothing reveals a character more than contradictions. The deeper the character, the more profound the contradictions. Let’s do an exercise. Take a sheet of paper and on one side in a vertical column write attributes or virtues that a character may have. For example, our character Jimmy Bill Bob is friendly, courteous, kind, obedient, cheerful, thrifty, brave, clean, and reverent. That’s right – a real Boy Scout. Now, draw a line down the center of the page and in a column opposite the first attributes, write their opposite. Be creative. You can’t use un – as in unkind or ir- as in irreverent. Find words that you feel mean the opposite of the word on the left hand side of the line. I’ll wait.

Done? Fine. Here’s the thing – if everything you’ve written on the left hand side of the line is true about the character, so will everything on the right hand side be true in some way to some degree. Not at the same moment, but it can flip from one to the other in a nanosecond. It doesn’t have to be a total change which would be kind of psychotic but it can and does happen just that fast. You’ve seen it in others and I’m sure you can see it in yourself, in your actions.

It also comes down to how you define each term. In what way is a given character courteous; in what way are they rude? An act of bravery can be a small thing as well as a big thing. If this is true in real life – and I submit that it is – then it should be true in the characters that we write.

I also want to pass on something I gleaned from a terrific book on acting called Audition by Michael Shurtleff. He noted that actors loved to do “transitions” from one moment to the next, from one emotion to the next. Fates know that I was guilty of that in my acting days. He proclaimed that transitions were the death of good acting. We didn’t do it in real life; we just went from one emotion to the next often showing them hard against one another, in great contrast.

This is true in writing as well. Don’t explain the contradictions; state them and move on to the next moment. The reader will sort them out. Just make sure that the moments are true; that you’re not doing a contradiction as a short hand for a character. They are meant to reveal things about the character. A gimmick is a gimmick and makes for bad writing. Let contradictions reveal the character to you and then you can show them to your reader.  The reader will be stunned and then nod in agreement because you’ve explored something that, deep down, they know – that people, and life, are a nice messy ball of contradictions.

That makes it true.