Mindy Newell: Lord Of The Sith 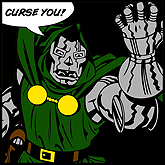 “The megalomaniac differs from the narcissist by the fact that he wishes to be powerful rather than charming, and seeks to be feared rather than loved. To this type belong many lunatics and most of the great men of history.”

Why Is It Always About You? The Seven Deadly Sins of Narcissism:

1. Shamelessness: Shame is the feeling that lurks beneath all unhealthy narcissism, and the inability to process shame in healthy ways.

2. Magical thinking: Narcissists see themselves as perfect, using distortion and illusion known as magical thinking. They also use projection to dump shame onto others.

3. Arrogance: A narcissist who is feeling deflated may reinflate by diminishing, debasing, or degrading somebody else.

4. Envy: A narcissist may secure a sense of superiority in the face of another person’s ability by using contempt to minimize the other person.

5. Entitlement: Narcissists hold unreasonable expectations of particularly favorable treatment and automatic compliance because they consider themselves special. Failure to comply is considered an attack on their superiority, and the perpetrator is considered an “awkward” or “difficult” person. Defiance of their will is a narcissistic injury that can trigger narcissistic rage.

6. Exploitation: Can take many forms but always involves the exploitation of others without regard for their feelings or interests. Often the other is in a subservient position where resistance would be difficult or even impossible. Sometimes the subservience is not so much real as assumed.

7. Bad Boundaries: Narcissists do not recognize that they have boundaries and that others are separate and are not extensions of themselves. Others either exist to meet their needs or may as well not exist at all. Those who provide “narcissistic supply” to the narcissist are treated as if they are part of the narcissist and are expected to live up to those expectations. In the mind of a narcissist there is no boundary between self and other.

There are a lot of megalomaniacal, narcissistic bad guys in the comics world. Some of the classics are Wilson Fisk, a.k.a. The Kingpin, Johann Schmidt, a.k.a. The Red Skull, Victor Von Doom, a.k.a. Doctor Doom, and Lex Luthor, a.k.a.…well, Lex is so megalomaniacal and narcissistic he doesn’t bother with a codename. They’re the perfect foils for their arch-nemeses – and our heroes – Daredevil, Daredevil, Captain America, Reed Richards (and the rest of the Fantastic Four), and Superman.  And we like them, and sometimes we even root for them, because they reflect our unspoken and unconscious thoughts, desires, and dreams in a healthy, subliminal manner. Meaning that we’re all a bit megalomaniacal and narcissistic; otherwise we’d never get out of our beds to face the world. (Just as our heroes reflect our need to set right what we perceive to be wrong.)

But when pathological megalomania and narcissism invade the real world, we get Scott Peterson. We get Bernie Madoff (and what a perfect name for the guy who redefined the pyramid scheme). We get Jack Abramoff. We get Osama Bin Laden and the Ayatollah Khomeini.

We also get Dick Cheney, or as Jon Stewart calls him, “Darth Cheney.”

I watched The World According To Dick Cheney on Showtime this past Friday night. TWATDC is a quasi-documentary by R. J. Cutler (who is also responsible for The War Room, about Bill Clinton’s 1992 Presidential campaign), by which I mean that it is basically one long interview with the former Vice-President.

I wasn’t expecting a mea culpa, and there isn’t one, ala Robert McNamara, the Secretary of Defense during the Vietnam War. (See The Fog Of War: Eleven Lessons From The Life Of Robert McNamara, which won the Academy Award for Documentary Feature in 1993)

I mean, I always said that Dick Cheney was a scary guy, and that he was the Shadow President running a shadow government during Dubbya’s term of office.

And it’s one thing to know it.

Know what I mean?

If you don’t, I suggest you watch The World According To Dick Cheney.

Not in the real world.